Like many of my generation, I first heard the crazed genius of Thomas Dolby with the song “She Blinded Me With Science.” Something about the synthesizer tracks, the mad scientist, and the story of love blooming with unnoticed laboratory assistant Miss Sakamoto took on a life of its own.

Over the last three decades, I learned to appreciate many other Dolby songs. From the crazed beats of “Hyperactive!” and its tale of a kid wired to a machine so he’d stop spouting “junk,” to the calmer strains of “Budapest by Blimp” and “Wind Power” speaking eloquently about letting go and drifting, these are songs in the unending soundtrack of my mind. The strings binding these varied adventures in musical space inevitably come down to telling stories mixed with infectious beats, synthesizers, and harmonies.

So did you ever wonder what happened to Dolby since he disappeared from the radio waves in the 1990s? I certainly have.

It turns out that the best place to hide is in plain sight. I think he was always a bit of a geek, tinkering with his synthesizers. In the early 1990s he founded Beatnik, Inc. and co-invented the polyphonic ring tone. Then in 2001, he became the Musical Director for the TED Conference. As a fan of the many amazing TED talks available online, I’m not surprised that he would find his way to working with other brilliant people in many fields.

And now after a prolonged break (nearly 20 years), Dolby is readying a new album. As an opening salvo, he’s releasing a three-song EP to provide a taste of what’s to come. Collaborating with Dolby is Eddi Reader’s soaring voice, offering some great duet counterpoints to Dolby’s distinct voice.

The Oceanea EP offers three songs – “Oceanea,” “Simone,” and “To the Life Boats.” After listening to Retrospectacle recently and then listening to the Oceanea EP, I was stunned because it seems like no time has passed. Where other artists may try to come back after a prolonged absence from performing and not sound that great, Dolby hasn’t dropped a beat.

Once again, it’s the stories woven into each song that raises the EP above what it might have been. It’s incredibly simple to slip back into the strange world of Dolby’s Flat Earth Society with tales of journeys. If the EP is any indication, the upcoming full album A Map of the Floating City ought to be amazing. Beyond working with Reader, Dolby also collaborated with Mark Knopfler, Regina Spektor, Natalie MacMaster, Bruce Wooley, and Imogen Heap. Honestly, he had me at “Mark Knopfler”…

With the song “Oceanea,” there’s a lightness evident in the lyrics as Dolby sings of returning home again and again, feeling the freedom of the birds, the flowers, and the wind as he recovers from some injury physical or otherwise. It’s the poetry inherent in the words as much as the airy music, with keyboards and strings evoking an almost atmospheric feel that really drives the point home. There’s a safety here in Oceanea – “and I’m free / I’m soaring on a thermal wind / learning how to shed my skin / I made it home to Oceanea…” When Reader’s voice repeats the chorus and last verse as some kind of cosmic narrator, how can you not feel relaxed and at home…

“Simone” on the other hand tells the story of a woman leaving a man not happy to let her go. The light drum taps work to give it almost a samba feel, and the keyboards make it impossible for me not to see the story unfold almost as a movie in my mind. A saxophone introduces even more of a jazzy touch, reinforcing the soundtrack feel to the story. Second guesses and details fill in the gaps as we learn more of Simone and her story. “The Airbus touches down in Cuba / Her iPod’s looping Gypsy Kings / The tradewinds lash the Caribbean / Umbrella twizzles in her drink…” A modern tale of love and loss? I’ll let you decide.

But of the three songs, my favorite is “To the Lifeboats.” To me this one is the closest to the Dolby songs I heard in the ’80s. A beautiful acoustic guitar blends with another soft beat and then swells to a rousing chorus of synthesizers and electric guitars. I’m not sure of the message here, but suspect it may be a statement about our false sense of security. “The superstitious sailors of old / refused to learn to swim / but there’s no need to drown these days / cause we’ve got lifeboats…” And then I get the impression that as he looks around, he starts to panic as the storm is blowing in because he can’t find any “f”-ing lifeboats. Leave it to Dolby do drop an F-bomb in the middle of a song. Will they be rescued as the ship flounders off the coast of France, “listing sideways” as he puts it? I just don’t know. And that’s part of the fun for me.

All of these songs tell parts of stories. Dolby leaves it to us to fill in the blanks to figure out what else occurs and add the pictures in our heads. The best storytellers let us figure out what the stories mean and let us debate among ourselves what they meant. In this day and age where things are spelled out far too often, it’s refreshing to see stories told in this way again.

If Thomas Dolby’s goal for the Oceanea EP was to whet our appetites for A Map of the Floating City, I think he succeeded. Now I can act like a little kid… “Is it done yet?” “How about now?” “Now?”

The Oceanea EP hits stores on March 28th. Definitely check it out whether you’re a Dolby fan from any time in the last 30 years or someone who’s not heard of Thomas Dolby before. If you’re the latter, I’d also recommend you check out his Retrospectacle album for some old favorites as we wait for <em>A Map of the Floating City</em> to be released!

p.s. Check out these great Thomas Dolby albums below. Look for the Oceanea EP at Amazon MP3 and on iTunes. 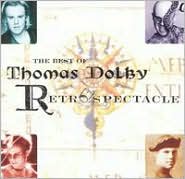 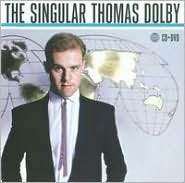 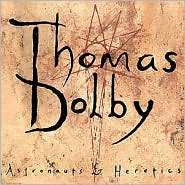