Yes, my view of comic books is probably different than other folks. Growing up with two English teachers as parents, comic books were not high on the list of approved reading materials. So when I found the old box of comics at my grandparent’s house, I was in heaven. It belonged to my uncle and I devoured every image with glee. They were the classic Marvel Comics properties like Spiderman, The Fantastic Four, and yup, you guessed it – the X-Men. Ever since, when I’ve seen a new animated project featuring a Marvel property, I tend to watch whenever I can.

The X-Men is a group of mutants led by Professor Charles Xavier (aka Professor “X”), a powerful telepath who runs a school to help mutants come to terms with and learn to control their abilities. Professor X tries to work with, not against, the government to help let mutants and humans work together in peace. As always, there are those people who fear, resent, and must destroy the things they don’t understand. Because of this, humans are divided on whether mutants should be locked up or remain free.

On the other side of the equation is Magneto, a powerful mutant who controls magnetic energy. He feels that mutants are the next level of evolution of humans and should therefore control their less evolved brethren. He and his Brotherhood of Mutants seek to goad world governments into attacking mutants overtly, thereby triggering a war between mutants and non-mutants to settle the matter once and for all.

Wolverine and the X-Men started a couple of years ago and aired on the Nicktoons channel. The series began with an explosion at the Xavier school, leveling the mansion and somehow spiriting away the Professor and Jean Grey, a telepath and telekinetic with the X-Men. The remaining X-Men disband and go their separate ways without the leadership of the Professor. The first season then focuses on getting the group back together to figure out what happened and stop the coming war.

Though they find the Professor early on, he is in a coma and cannot help the team directly. Instead, they find that he wakes up several years in the future in a world destroyed by the war between mutants and non-mutants. Professor X works in this future Earth with a group of mutants to figure out just what happened and what Wolverine and the X-Men can do to stop it.

The DVD Wolverine and the X-Men: Revelation features five episodes centered around the X-Men learning that the world will end in eight days, leading to the destruction that Professor X finds in the future. These are classic stories where the real reason for the mansion explosion is revealed… The Phoenix, a malevolent force of pure psychic destructive energy, lives inside Jean Grey and only comes out in time of intense emotional stress. What led the Phoenix to destroy the mansion and hurt the Professor in the process?

The episodes included are “Guardian Angel,” “Breakdown,” “Rover,” “Aces & Eights,” and “Shades of Grey.” These episodes bring many classic X-Men characters to the fore, including Angel’s evil self created by Sinestro – Archangel, Gambit, Apocalypse, and the Hellfire Club. Each of these adds something to the equation and the eventual conclusion of the first season…

Among my favorite episodes was “Rover” where we are introduced to Rover, a Sentinel robot saved and reprogrammed by Marrow (a mutant who can create bones outside of her body). Rover can only speak one word due to a broken voice box – “Destroy” – but that one word is said in many different ways from comedic to sad, from inquisitive to angry. Rover ultimately sacrifices himself to save his friend Marrow, but Marrow was not ready to lose him and turns on the future X-Men to exact her revenge.

Unfortunately, the series does not look like it will continue with a second season. Marvel Animation recently announced that financing had fallen through and they were unable to work out alternate financing arrangements. It would have been very interesting to see where the plot would have led in a more open battle against Apocalypse.

However, we still have DVDs such as Wolverine and the X-Men: Revelation in beautiful wide-screen format to enjoy. If you liked the series on TV, be sure to check it out again on DVD when it is released on May 4, 2010!

For more information about the X-Men and other Marvel properties, check out the Marvel.com website.

p.s. Pick up this and other X-Men DVDs at Barnes & Noble below! 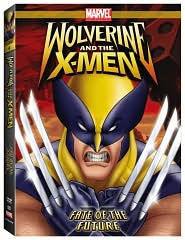 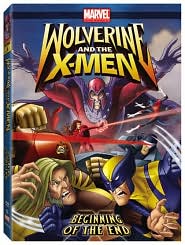 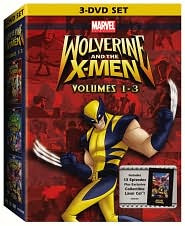 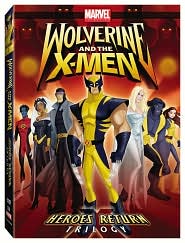