Stumbling upon fun shows I never knew existed is one of the fun things I get to do as a reviewer. And who doesn’t like to review anything related to Dr. Seuss? Ever since I was able to read, I’ve loved the tongue-twisting, rhyming stories of author Theodor Geisel (aka “Dr. Seuss”). Geisel managed to write more than 60 books in his career – starting with And to Think That I Saw it on Mulberry Street in 1937 and ending with Oh, the Places You’ll Go! in 1990. 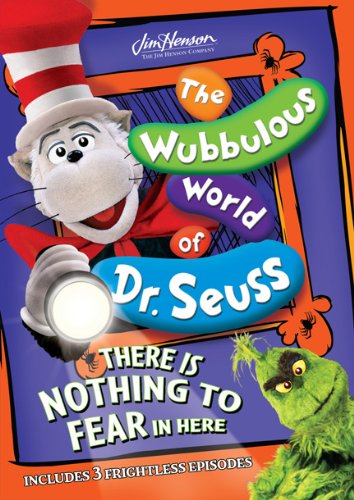 Some of his classics include How the Grinch Stole Christmas!, The Cat in the Hat, and Green Eggs and Ham. There are too many of his stories to count that have twisted my own tongue – such as trying to clearly enunciate Fox in Socks… “When a fox is in the bottle where the tweetle beetles battle with their paddles in a puddle on a noodle-eating poodle…”

But somehow I managed not to ever hear about a series on Nickelodeon (Nick Jr.) that was produced by Jim Henson Productions for a couple of seasons in the mid-1990s. The Wubbulous World of Dr. Seuss missed my radar entirely. So when it popped up from Lionsgate recently with a Halloween-themed collection of three episodes, I knew I had to see The Wubbulous World of Dr. Seuss – There is Nothing to Fear in Here!

This DVD gathers three episodes – “There’s Nothing to Fear in Here,” “The Blag-Bludder Beast,” and “Norval the Great.” Each is presented with Seussian rhyme and Henson Muppetry, making each episode seem almost surreal at times – though each was a lot of fun to watch with my two daughters. In each episode, we see the Cat in the Hat introduce a story to three Little Cats and provide a little narration or context now and then.

“There’s Nothing to Fear in Here,” the lights go out in a thunderstorm and the Cat in the Hat has to calm down everyone under the roof of the Cat’s Playhouse. The Little Cats and Terrance McBird (who lives in a tree in the middle of the house) are all afraid that the storm might get in and don’t know what to do while they’re stuck inside. The Cat invents games to play in the dark and tells stories to pass the time. The first story was about Sarah Hall-Small, who is scared by the noises in her closet – and she has to find a way to deal with whatever horrible monster might be lurking there (it turns out to be a couple of mice who are afraid of her). And the second story is about the Grinch who gets a taste of his own medicine after he scares everybody in Seussville and they decide to turn the tables on him.

In “The Blag-Bludder Beast,” we get to see the famous Yertle the Turtle get into trouble. Yertle is running from the last place he decided to “help” when he stumbles into a swampy pond filled with garbage. It turns out to be the site where the people of Troomph have been dumping trash to appease the scary but never-seen Blag-Bludder Beast. Well, when Yertle appears from the pond covered in garbage, he scares the Troomphians who were dumping garbage and hide their eyes to avoid being attacked. When Yertle turns around and knocks off the trash, the Troomphian thinks Yertle managed to vanquish the wicked creature, he becomes a hero in Troomph! However, as Yertle often does, he takes advantage of the situation and eventually gets the Troomphians angry at him even as they learn the Blag-Bludder Beast isn’t scary at all!

And finally, in “Norval the Great” we meet Binkham Tamino McDoyal the Third, who everyone calls Binky. He tells his friends that Norval is a talking goldfish and that they’ve gone on great adventures together. Though his friends don’t believe him at first, Binky tells a heck of a story that takes them to a tropical island, into space, and home again. Could the fish really talk? Did Norval and Binky really have the adventures? You’ll have to watch to find out!

Now, beyond the three episodes on the DVD there are a few trailers for other Lionsgate releases, but that’s it. I would have liked to have seen another episode or two at the least, or perhaps some extras of some kind on the disc. That said, the three episodes we watched were a lot of fun, mixing Muppets and Dr. Seuss to great effect for kids and parents alike.

If you’re a fan of Dr. Seuss and the Muppets and want to see this interesting combination, I’d definitely recommend you check out The Wubbulous World of Dr. Seuss – There is Nothing to Fear in Here! at your local rental or retail counter. I’m hoping the entire series is released on DVD so we can see more of the “Wubbulous World” in the near future. For more about this and other Henson-produced shows, be sure to check out Henson.com.

p.s. Pick up this DVD and others today! 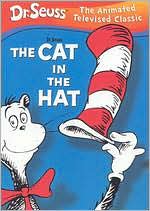