Robin Williams. For me, the name itself brings a smile to my face. Fond memories of listening to my old, beat-up tape of An Evening At The Met over and over again until I could quote large sections of his comedy by heart. Memories of watching Mork and Mindy on television with my parents and thinking how cool it would be to be from the planet “Ork” and to live in Boulder, Colorado – only about 25 minutes north the house where I grew up. And all the great movies Robin made such as Good Morning Vietnam, Awakenings, and the The Fisher King.

He’s been entertaining me as an individual for nearly 30 years, so each time I hear about a new comedy special he’s doing you know I have to find a way to watch, listen, or pick it up on DVD. Despite nearing the age of 60, a bout with open heart surgery in March 2009, and having to cancel his comedy tour, I’m not sure Robin has slowed down much in the last three decades. Maybe he’s cut back on the drugs and alcohol, but he’s still got an amazing gift for entertaining an audience.

That brings us to Weapons of Self Destruction, his latest comedy tour filmed in late 2009 and released on DVD at the end of March 2010. This is the first comedy concert he’s done on HBO since 2002. Since then, Robin’s routine has aged a bit to match the current state of the world and he may have a few more gray hairs, but his talent for seeing the bizarre in the everyday continues to amaze. It was obvious the audience felt happy to be there to experience Robin live.

Robin covers everything from politics, health care, global warming, as well as his own experience with open heart surgery. He doesn’t pull any punches either. Early on he mentions Sarah Palin’s book and says he “found it somewhere between fiction and non-fiction in the fantasy aisle,” which proved he hasn’t lost his gift for lampooning. As he says later in the show, Sarah is a gift to comedians everywhere.

Being in Washington DC for the show was an inspired choice with everything going on on the Hill. I think Robin’s idea of having politicians in Washington be required to wear jackets like NASCAR cars labeled with the names of everyone who’s sponsored them. The health care debate would be much more lively if he was the one moderating the discussion. If we knew which drug companies were sponsoring each senator or representative, it would make the health care voting much more transparent don’t you think?

And I absolutely loved all the technological references scattered throughout the show. He wanted an iHeart so he had the latest tech in his heart. And now he has a GPS in his car. “I was driving across the Golden Gate Bridge, I was halfway across, and all of a sudden the car went ‘Take a right turn.’ ‘What? No can do HAL! Not that depressed, really.’ And the car went ‘Really Robin? I saw Bicentennial Man.’ ‘SHUT THE #@%* UP!'”

And to top that, the Bob Dylan GPS routine had me rolling and laughing off the couch. He does a damn good Dylan impression. I think I’d pay for it. “Drivin’ down the road look ahead, there’s a light / Very soon, very soon, you’re gonna have to take a right / Drivin’ along, drivin’ along, drivin’ in the land of the free / Remember to pull off if you’ve gotta take a pee / Do it now!”

As per usual, if you are easily offended by language or adult situations, Robin on stage isn’t really for you. He swears regularly, talks about sex and drugs, and generally makes fun of absolutely everybody.

Included with the DVD are two amazing extras.

The “Local Highlights” feature provides a collection of clips from his national tour taken all over the United States and Canada. You can tell he takes the time to research each place a bit and has local humor for each audience, which is fantastic. It really drives the point home that Robin is a professional and wants to entertain.

But the “Past Show Highlights” feature for me beat the “Local Highlights” feature hands down. There are clips from four of his previous shows – Off the Wall in 1978, An Evening with Robin Williams in 1982, An Evening at the Met in 1986, and Live on Broadway in 2002. Each provides a glimpse into how Robin’s shows have matured over the years from comedian to actor/comedian to dramatic actor and beyond.

If you like Robin Williams and want to see his latest stand-up comedy routine, I’d encourage you to watch Weapons of Self Destruction. He is back and better than ever. Hopefully he’ll go on another tour before too long and I can catch him in Denver!

p.s. Pick up this and other great Robin Williams media at Barnes & Noble! 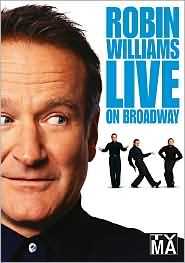 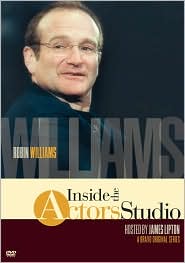 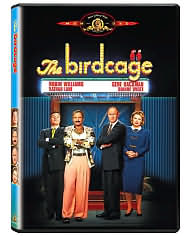 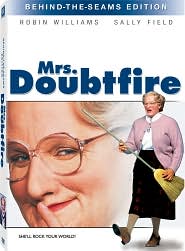