With a mix of pop, swing, and rockabilly, The Love Willows groove through these tracks and sound like they had a great time doing it. If you liked No Doubt’s early work, Brian Setzer, or even Irving Berlin, Hey! Hey! will be right up your alley! 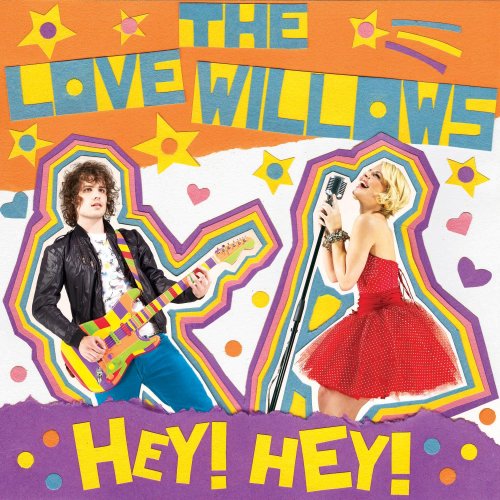 After hearing Hey! Hey!, I definitely want to see this duo live for a taste of their level of energy in a room with other fans. Singer Hope Partlow and guitarist/vocalist Ryan Wilson are unbelievably upbeat. All the tracks were written by Partlow and Wilson, and produced and engineered by Wilson, so this is their sound untouched by outsiders, which is amazing. They’ve even had one song, “Strut My Stuff,” featured on the season finale of The Real World: Hollywood. Compared to some of the other songs I’ve heard featured on television these days, The Love Willows is a breath of fresh air.

According to their MySpace page, Partlow says “It’s all about fetishes, love and hate. It’s a product of what we’ve gone through as a couple, the battles and the glories, everything that’s happened in the past few years.” You can definitely hear the cycle of losing love, finding love, and keeping love mirrored in the progression of the songs on the CD.

“A Day in My Life” starts off the album with a bang. And “Keep Your Head Up” reminds me a bit of the Go Go’s from the 1980s. Struggling to get out of bed and keep chugging along is a problem I think most of us face in our lives.

The frenetic energy of the first two tracks slows down for “Falling Faster,” which tells the story of a girl falling for a guy after swapping phone numbers at a party. “We talked forever, lost track of time / I’ve got to let you know that I am… / Falling faster…”

“Gotta Make You Mine” continues the sentiment, starting to punch the beat back up. Now we’re through the infatuation and want to make the relationship more lasting. Partlow and Wilson sing a great duet for this one.

And then you get to one of my favorites of the album – “Shoes”. I’m not a shoe guy, but this song is infectious and fun. Guitars, bass, drums, and lyrics that express one woman’s true love for shoes!

“I Still Love You” has a sort of Eagles’ feel for me. But amid the high energy tracks of the rest of the album, it seems out of place. That said, by now in the relationship (moving through the CD), we’re going through a bit of a rough patch, but still thinking of one another.

“Wait” tells the story of a girl waiting for her beau. Minutes take forever when you’re waiting and I almost get the feeling that the girl is waiting for a serviceman serving in the armed forces to come home. With our current involvement in the Middle East, this is a highly topical and well done song.

“Mary Jane” is about starting to lose her beau to her best friend. Though I’m not sure if she’s talking to herself or her boyfriend, it’s a call to arms. Time to fight for what is hers! Definitely another fun song with some great lyrics!

But my most favorite song on the album is “Strut My Stuff”. Take No Doubt and cross it with a little Right Said Fred and you get this fun tune. You can almost see the girl strutting on the catwalk of life.

“Try” is a simple duet with an acoustic guitar that expresss the feelings of unrequited love. For me, this is what “I Still Love You” could have been if you stepped away from the overpowering tracks.

“Here to Stay” gets back to the sassy qualities of the record. “I’ve been losing the fight day after day, I’m not backing down, but Baby I’m here to say” – she’s fighting to stay in the relationship.

By the end of the album with “You Say”, the relationship is pretty much done. We’re at the end of the story, ending the theme of finding love, keeping it, and losing it again.

Partlow’s fun and passion is definitely one of the main strengths of the album, but the arrangements are excellent. It’s impossible to tell it was recorded in Wilson’s parents’ house at their attic studio!

Overall, Hey! Hey! is a great album with a ton of fun, infectious energy. It’s impossible to listen without at the very least tapping your toes or even just cutting loose and dancing! Check it out at iTunes (“Falling Faster” and “A Day in My Life” are available) and Amazon (to hopefully be available at the end of January)!

p.s. Here’s the link to order this CD at Amazon: 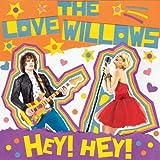