“Weird Al” Yankovic has released a new single on iTunes and the web called “Whatever You LIke”, which is a parody of T.I.’s song “Whatever You Like”. He turns T.I.’s version on its head and uses lyrics to comment on the state of today’s economy.

The beauty of Weird Al is that occasionally he can take a parody and make it really poignant to the currents of society. With everyone’s retirement plans going downhill quickly and the job and housing markets being as rocky as they are, everybody’s on edge. (On the plus side, gas prices are dropping finally, but as my wife and I were discussing the other day, it’s sad that we’re pleased at the fact that gas is now less than $3.00 a gallon.)

Yankovic again works his magic on the lyrics for this piece, making light of the fact that we’re all scaling back on going out and going out to eat, among other things.

“Take you out to dinner, anywhere that you please
Like Burger King or Mickey Ds
And baby you can have whatever you like
I said you can even have the large fries…”

“You like Top Ramen, need Top Ramen
Got a cupboard full of ’em, I’ll keep ’em coming
You want it, I got it, go get it, just heat it
Dump the flavor packet on it and eat it…”

He’s got a talent for taking pop culture and turning it, so it’s great that he no longer has to wait to release his new material to the public. With the Internet, he can keep things fresh and topical and release them when they’re most appropriate, rather than waiting to put a whole album together.

Al recently shared his excitement in a MySpace blog entry: “One of the hardest things I’ve had to deal with in my career is keeping my material topical even though I only release albums every 3 or 4 years. Now, with the advent and popularity of digital distribution, I don’t have to wait around while my songs get old and dated – I can get them out on the Internet almost immediately. It kind of boggles my mind – I thought of the idea for this new song a week ago, and next week it’s getting released!”

Initially “Whatever You Like” was available exclusively on iTunes, but it should be made available at all major online retailers very soon. T.I.’s original version of the song is still on the Billboard Hot 100 at #1 and Al is releasing his own version while it’s all fresh. Amazing how immediate it all is.

Al’s last album, Straight Outta Lynwood, was hilarious and proved that he was still at the top of his game. Download “Whatever You Like” today!

You can also give it a listen before you buy it here:

p.s. Pick up some Weird Al from Amazon below: 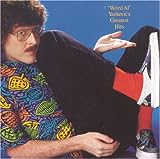 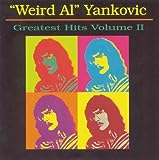 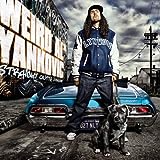