Over the last few years, a good friend of mine introduced me gradually to the unique sound that is VNV Nation. Combining industrial, electronic, trance music, and the kitchen sink, VNV has managed to create a sound that pounds into your brain with dance-worthy beats and lyrics that are insightful, philosophical, and yet dark. It’s a curious combination that had me tapping my feet the entire time I listened to Of Faith, Power and Glory. 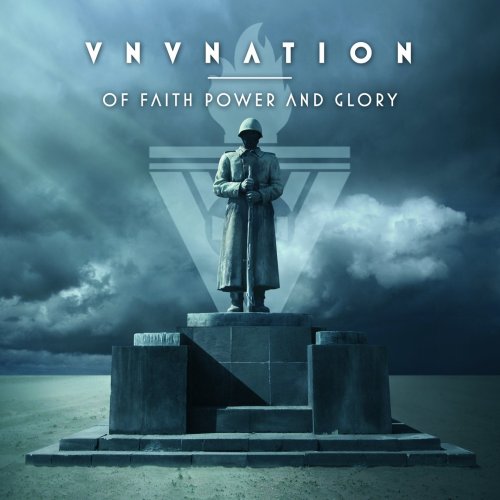 The “VNV” in the band name stands for “Victory not Vengeance,” which means that you should strive to achieve, not stew in regret. And the songs of Of Faith, Power and Glory definitely holds to this ideal I think, with lyrics that challenge listeners to dare to go beyond the everyday for greater things. That’s not to say that there aren’t dark moments too. But I think hope fuels these songs more than despair.

I found myself thinking of the dance scenes in The Matrix: Reloaded as mankind revels in a passionate, almost primal sense of freedom. These songs also revel in that primal way, evoking images of hope, despair, and the road between. The beats that drive them would be welcome in the world of The Matrix or any number of dance clubs around the world.

Of the songs on the album, I found “The Great Divide” and “In Defiance” to represent the driving beats of hope prevalent throughout.

The beat of “The Great Divide” expresses a deep longing for significant change and a leap of faith to go beyond the singer’s current life. “You still pulled victory from shattered hope” and “Remember well the things that you will leave behind / as you set out to cross the vast and great divide” lead us across that sometimes long, scary journey to lands unknown. Eventually we all take that step, but I think this song also reminds us to never forget where we came from as we take those first steps…

“In Defiance” may be an anthem for someone lost in the battles we all fight. In it the singer proudly proclaims the honors as we charge on “Defiant to the last man / ’til there’s nothing left / to fight against / no surrender…” I’ve lost a friend I think would have appreciated this idea – “The one who brought the fight / who never said die / never letting fate decide.” All too often we resign ourselves to fate. But the future is not written in stone – as Dylan Thomas said “Do not go gentle into that good night, Old age should burn and rave at close of day; Rage, rage against the dying of the light.”

VNV Nation rages against that dying light and Dylan Thomas would be proud.

If you’re interested in learning more about VNV Nation, be sure to check out their website and MySpace page. Of Faith, Power and Glory would be a suitable soundtrack for any dance party as we all do our best to rage against the dying of the light.

p.s. Be sure to pick up VNV Nation albums at Amazon below: 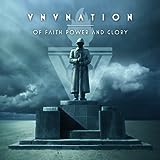 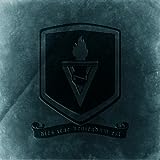 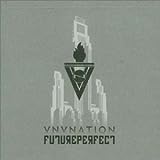