Just a few months ago, I’d never really considered that a string quartet might be able to play rock music. After hearing Break of Reality’s album Spectrum of the Sky, that changed. So when I heard of a different string group playing rock music, I knew I had to take a listen. The Vitamin String Quartet did not disappoint me. 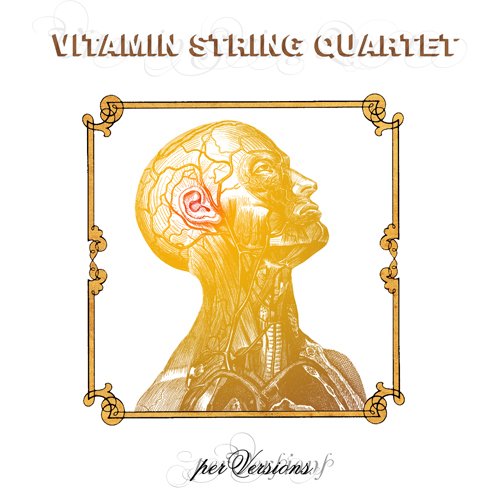 Per_Versions takes songs from a variety of groups, including Spoon, The New Pornographers, Tom Waits, and others, then transforms the original compositions into covers as only a group of classically-trained string players could do. What you end up with is music that in most cases transcends the original artists to show that melody does exist where you might not have heard it in the original recording.

The Vitamin String Quartet (or VSQ for short) is a Los Angeles-based group of musicians that have released quite a large series of albums paying tribute to classic rock and roll acts, movie soundtracks, and more. Per_Versions continues the trend, covering songs from 12 different bands and three original compositions by the group.

Unlike Break of Reality, VSQ covers other bands, from the past and present. I have to admit that I was shocked to hear some of these songs played by strings, since most of them have been played on the radio in their original, sometimes overengineered or screaming guitar states. But when you strip away the electronics, distortion, and rock guitars, you end up with melody, musical themes, and hidden rhythms that allow those elements to shine.

Of all the tracks on the album, I have to say that two were my favorites. “The Way We Get By“, originally done by Spoon, really moves along from the quartet. Something about the groove really got into my head as it bobbed along with the back-beats of the bass behind the sliding bows of the higher strings. And “Sour Times“, originally done by Portishead, also has a different texture from the rest of the songs on the CD. It combines jazz sensibilities with the feel of a Fiona Apple song.

In addition to the 12 covers from other groups, there are three original compositions from members of VSQ. Though I appreciate the musical chops of this great array of artists, I found these songs a bit weird for my taste. The only thing I can compare them to is avant garde jazz compositions, which I often have the same reaction to. I’m sure they’re brilliant pieces, but they struck me as repetitive and containing odd chord progressions.

But beyond the three original tracks, I thought the rest of the album was fantastic. VSQ’s experiments in rock and pop covers proves to me without a doubt that classic training can bring out the music from the most unlikely sources. Where before the voices and rock guitars would mask such beautiful melodies, VSQ manages to uncover the secrets within the original works that we might not ever hear otherwise.

Per_Versions is but one of many albums from the Vitamin String Quartet. If you like classical or orchestral music, but prefer rock or pop, this just might be the group for you. For more of their offerings, be sure to check out Vitamin Records. I know I’ll be checking out more of their work!

Pick up a copy of Per_Versions at your favorite online or brick-and-mortar retailer and keep an eye out for any live dates that might come your direction! 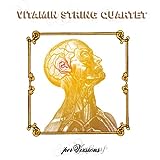 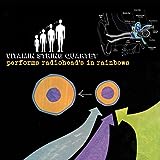