Who was Vince Guaraldi? Guaraldi was an amazing jazz pianist who brought us the wonderful music from the Peanuts television specials in the 1960s. His life was cut far too short by an unexpected heart attack at age 47, or who knows what other jazz compositions he might have created in his career. 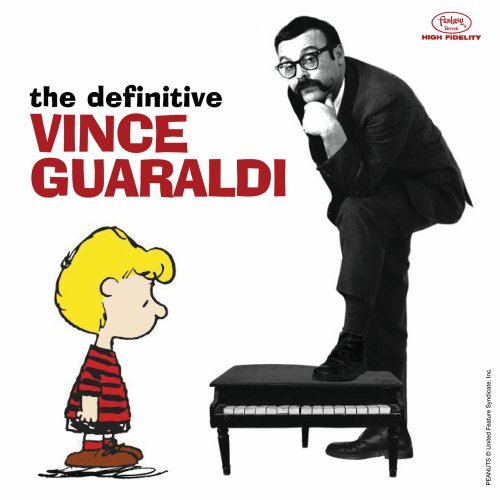 Long before meeting Charlie Brown, Guaraldi had been playing jazz piano. First in the Cal Tjader quintet, later in his own trios, and in a scattering of other groups like Woody Herman’s Third Herd, his quiet power and sense of joy were constant throughout. And when Lee Mendelson first heard “Cast Your Fate to the Wind,” an upbeat piano piece, he was trying to find a soundtrack for a documentary, the stars aligned and the sound for the Peanuts television specials was found.

Like many kids growing up in the 1970s, I was raised watching all the Peanuts specials that aired on television. It was almost mandatory television in those days. The Guaraldi piano themes worked their way into my mind and gave me an appreciation for jazz and good music that I hope to pass along to my own children.

So what is The Definitive Vince Guaraldi all about? This 2-CD collection brings together 31 tracks from Guaraldi’s career, both pre- and post-Peanuts. Many of these tracks I was unfamiliar with, especially on the first CD – but the second CD holds some of his classic Charlie Brown tunes. Does that mean there’s nothing on the first CD to enjoy? Heck no. It just means that it’s a great way to discover, as I did, some of the deeper Guaraldi tracks that some of us must have missed.

Also included in the CD set is a great booklet that talks about Guaraldi’s career and includes some wonderful stories about the early days. One of those stories was about the first Guaraldi trio – Eddie Duran (guitar), Dean Reilly (bass) – and their gig at Enrico Banducci‘s North Beach club in San Francisco. Evidently that gig lasted more than a year and a half, but a rival act – eccentric comic Professor Irwin Corey – convinced Banducci that the trio was extraneous to the business and got them fired. Seems Guaraldi was so angry he threatened to kill Corey. That didn’t happen, it turns out. As the booklet says – “Fortunately for Corey and generations of Guaraldi fans, the Sicilian storm [Guaraldi] subsided. Instead of going to San Quentin on a murder conviction, Guaraldi joined Woody Herman’s Third Herd early in 1956…” Lucky for us, Guaraldi decided not to commit murder or we wouldn’t have all the wonderful music we have of his today.

Beginning with “Calling Dr. Funk” on the first CD, you can clearly hear the fun Guaraldi has each time he lays his hands on the keys. As a saxophone player (or ex-sax player), I loved the combination of the classic jazz sax from Jerry Dodgion and Guaraldi on piano. It just grooves right along from beginning to end. The rest of the first CD follows suit, giving us such standards as Gershwin’s “Fascinating Rhythm” and Guaraldi’s composition “Cast Your Fate to the Wind” which led to his work with the Peanuts.

The second CD doesn’t slow down any, with great salsa-influenced tracks like “Mr. Lucky,” “Corovado,” and “Work Song,” intermixed with some of his Peanuts classics – “Oh, Good Grief,” “Linus and Lucy,” the “Charlie Brown Theme” and much more.

It’s impossible to say how much of an influence Guaraldi had on my life, let alone any other other classic jazz pianists like the amazing Herbie Hancock.

If you’re a fan of jazz piano or simply want to hear more of the man who performed the music from the Charlie Brown specials through the years, The Definitive Vince Guaraldi deserves a place in your music collection. And if you’re anything like me, I’ll be wearing this CD set out far too quickly. Look for it at your favorite music retailer!

p.s. Pick up this CD and other Vince Guaraldi greats at Amazon below: 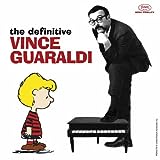 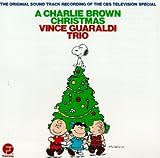 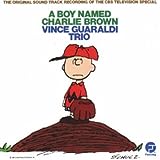