As a father, I can’t imagine losing a child, let alone losing one to cancer or some other incurable condition or illness. So hearing about the death of five-year-old Joey Gomoll after losing a battle to Dravet’s Syndrome (a severe form of epilepsy) just breaks my heart. But the story of this young music lover doesn’t stop there. 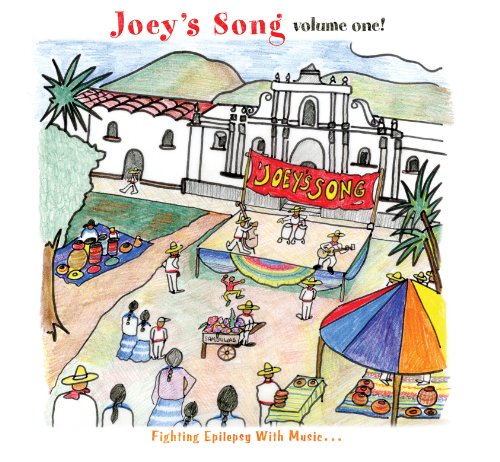 Joey’s father, Michael, decided to take the loss of his son and redirect it at helping find a solution to others affected by similar disorders. He created the Joseph Gomoll Foundation to raise funds for epilepsy research. And because of the love of music he and his son shared, he contacted musicians to ask for their help with this endeavor. Not just any musicians either, but those that Michael and Joey enjoyed together.

He was blown away by the response. “Within the first 30 minutes I heard from Matthew Ryan, Eileen Rose, Robbie Fulks, and Jason Ringenberg – not via their management or record labels, but directly from the artists themselves,” said Mike. “All said ‘yes’ to our request for songs and asked what else they could do. By the end of the first day, I knew we had a chance of making this work. They were incredibly generous.”

They were so generous that they ended up with enough material for multiple volumes of music. Now they have two CDs that were released at the end of January 2011 – Joey’s Songs For Kids: Volume 1 and Joey’s Song: Volume One.

Joey’s Songs For Kids: Volume 1 includes classic songs for children sung by some of their favorite artists. Matthew Ryan sings “You Are My Sunshine.” Howie Gelb sings “Working On The Railroad.” And Eileen Rose sings “Oh Johnny LeBeck.” In addition, there are some original songs on the CD – “Monkeys” by Steve Wynn, “Hippopotamus” by Jon Dee, and “Mr Teetot” by Ellis Paul.

I had a chance to check out Joey’s Song: Volume One and have to say I was amazed at the depth and variety of songs included. The artists include big names like Del Amitri, Cowboy Junkies and Crash Test Dummies and numerous names I was not familiar with before this collection. Sixteen songs in all from sixteen different artists. I can’t talk about all of them, but will cover three of my favorites from the collection.

Since hearing songs from the album Lay It Down by the Cowboy Junkies in the late 1990s, I’ve been a fan. There’s a power in the subtle, understated and drawn out bass lines and Margo’s slow breathless voice… So I knew I’d probably like “This Street, That Man, This Life” and I wasn’t wrong. This is a different sound than on Lay it Down with acoustic guitars in the background, but it’s still the same group I know and love. The song speaks to the loss of a loved one and the hopes for their next life – “All i ask is if she’s with you / please keep her warm and safe / and if its in your power / please purge the memory… of this place.” Simple and heartfelt wishes for the great beyond.

Michelle Malone has been on my radar since I saw her open for and perform with the Indigo Girls at Red Rocks Ampitheatre in Morrison, Colorado in the 1990s. There are some powerful songs on Beneath the Devil Moon, the first album I picked up of hers. In this collection, she sings “14th Street and Mars” (off her album Debris) which continues the theme of dealing with loss. “I’ve been sitting here on your front porch / waiting like a fool – you don’t live here no more…” It’s about that hole left behind and the routines we’re used to that don’t make sense any more… We’re creatures of habit and many times it’s tough to adapt when things change. But how do you move on when you don’t really want to?

Funny enough, it was Slaid Cleaves’ rendition of “Streets of Laredo” that was my favorite on the CD. I’m not a big fan of traditional cowboy music, but this is a simple rendition with Cleaves’ voice and a guitar that somehow speaks to me. There’s a melancholy mixed with a joy that packs an emotional punch. It’s a classic cowboy ballad about one dying cowboy telling his story to another. But it’s the message that’s important… At the end of our days, we must accept all that had come before for good or ill. There has to be some acceptance by the dying and those left behind to achieve a certain amount of peace. I can only hope to be as strong and accepting when the end comes.

Please go to JoeysSong.org and pick up a copy of either of these CDs – Joey’s Songs for Kids: Volume 1 and Joey’s Song: Volume One. Both are a win-win all the way around for a great cause and great music.

p.s. Pick up both of these CDs…