Back in 2005, Australian twin sisters Jessica and Lisa Origliasso released their first electropop-rock album The Secret Life of…. The album quickly went multi-platinum and the girls were off and running. So when their next album, Hook Me Up was released in 2008, it also went multi-platinum spawing a couple of top 5 singles in Australia. It doesn’t seem to be slowing down in the United States. 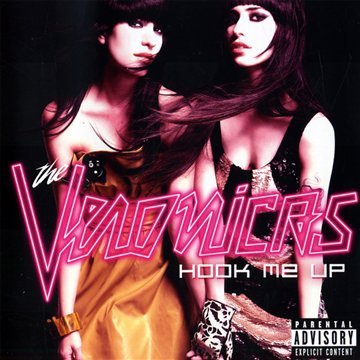 On June 25, 2009, the sisters performed “Take Me On the Floor” on the hit summer dance show So You Think You Can Dance, but this was not their only TV performance this year. They were on the CW’s 90210 in May and NBC‘s Miss USA 2009 pageant in April. Their “Revenge is Sweeter” tour across the U.S. just ended on August 1st, though it appears they’ll be back touring our shores headlining some concerts as well as supporting Kelly Clarkson in her “All I Ever Wanted” tour starting in October after a few dates in Australia and the U.K.

The Veronicas have an interesting no-nonsense approach to pop that will complement Kelly Clarkson’s brash pop style well. They mix occasional harmonies and traditional electronics – keyboards and guitars mostly – with lyrics empowering girls to expect more from themeselves and their relationships.

Though I enjoyed their performance on So You Think You Can Dance back in July, I have to say I guess I’m not quite the target audience The Veronicas are looking for. I definitely don’t have a “teenage girl” vibe about me (shocking, I know). I found their songs a bit repetitive, but did enjoy a few tracks on the album, including “This Is How It Feels” and “Take Me on the Floor”. As a word of warning, there are explicit lyrics on this album, so you might think twice for younger listeners.

When they performed “Take Me on the Floor” on So You Think You Can Dance, it seemed very poorly balanced sound-wise between the two sisters. But the album version has no such issues, instead providing a dance-worthy track that for some reason is now stuck in my brain.

And “This Is How It Feels” has almost a Blondie-ish feel, about a girl fighting a stalker. Though I can’t imagine having a stalker calling incessantly and never leaving a message, I wouldn’t wish it upon anyone. This is a take-no-prisoners approach to young relationships, going from love to hate as those involved question every decision. And the driving beat, keyboards, and backing guitar keeps it lighter than the topic might deserve, which made me have to listen a few times before I heard all the levels.

Based on their TV performances, I think The Veronicas would be a great duo to see live. So if they come to your town, I’d definitely check them out. And pick up Hook Me Up at your favorite online or brick-and-mortar retailer. For more info, check out their website and MySpace page to take a listen!

p.s. Pick up The Veronicas’ albums at Amazon below! 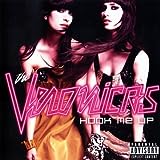 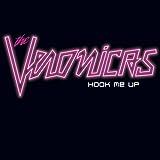 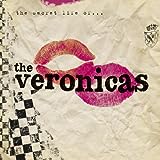