Let me first say that I love finding new artists. Sometimes they’re good, sometimes they’re not. But each contributes something to the musical tapestry woven together in the back of my mind. The Kin has managed to establish a foothold in my mind. 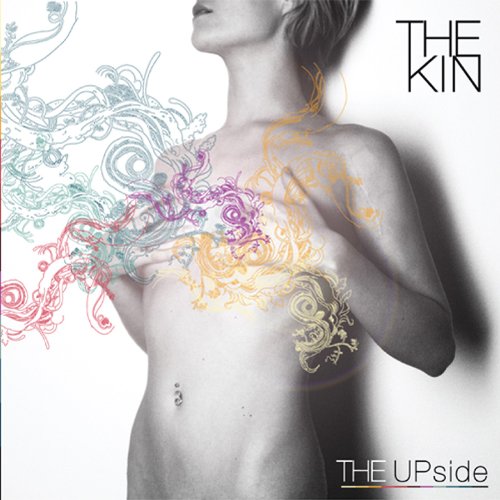 Brothers Isaac and Thorry Koren, though Australian by birth, now find themselves based in New York. They made a splash over the summer, opening shows for Rod Stewart as he toured the Western U.S. and Canada, managing to sell enough albums to enter Billboard‘s Heatseekers Album Chart at #37 – an amazing feat considering it hadn’t released to the public yet and that’s just with sales at their performances.

So how’d they do it? Through a mix of great arrangements and some simply amazing harmonies. The harmonies are what sold me. They have a gift for close harmonies that sent chills up my spine. I can hardly wait to see where they go from here in their next albums…

For their album THE UPside, they worked with a legendary producer – Jack Douglas – who’s helped John Lennon, Aerosmith, and The Who over the years. As Isaac said – “He helped us translate ideas we had no clue how to express and made it so we forgot we were making a record.” The result was an album recorded all along the West Coast – Los Angeles, San Francisco, and Seattle. And Douglas made sure those soaring melodies and great songwriting came to the surface.

In addition to the vocals, both brothers contributed different instruments to the project. Isaac played piano and Thorry added guitars, piano, and bass. The album will be available on October 6 and the brothers are not waiting for success to come to them – they’re touring the Northeast with Rusted Root and then heading down the East Coast, ending their tour on October 10 at the Hiro Ballroom in New York City. They’re heading home!

As I said earlier, it’s those harmonies that really sold me. From the time that the brothers hit their stride in the first track – “Waterbreaks” – they had me. Add to that a bit of rock ballad guitar, the steady beat of a drum, and you have a song that found its way into my brain and wouldn’t let go.

My other favorites on the album are the title track – “Upside” – and “Never Be the Same”.

“Never Be the Same” strips things back to a simple piano melody and the brothers’ strong voices. Combined with the powerful words, this becomes a very powerful, dramatic song… “All the people stopped and stared / they said hey boy, you oughta love from your heart / not from a broken mind…” This could be about a mentor, a friend, or a higher power – it’s up to the listener to decide.

And “Upside” merges a guitar and piano, reflecting upon the wars between lovers. “Understand what I mean when I stand up and fight for my life, for the upside…” These two people, fighting wars within themselves and between each other, are trying to find a way to work it out together.

My only complaint with the album is that every now and then the brothers stretch to an octave too high for their range. Straining to hit the high notes doesn’t carry the power of their voices as it does when they are within their range. But other than those occasions, this is a very strong album. I want to hear more. And I think they’d be great live, with their terrific, yet simple arrangements that translate well to a live show.

If you’re looking for something new to grace your ears, get a listen to The Kin and their album THE UPside. And if you’re lucky enough to be at one of their live shows, leave a comment and let me know how it went! Look for the album at your favorite retailer!

p.s. Be sure to pick up The Kin’s album The UPside at Amazon! 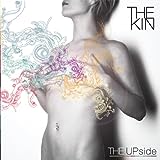