What do you get when you have a cello quartet play rock music? You hear a very unique sound that’s a cross between Evanescence, a jazz quartet, and a movie soundtrack. When I heard about it, I knew I had to hear it to believe it. And now I’m a believer. 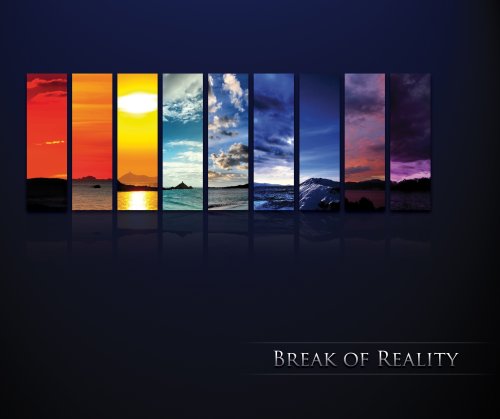 Cello and drums. Three cellists – Patrik Laird, Philip Borter, and Moartin Torch-Ishii – along with percussionist/drummer Ivan Trevino. The group met at the Eastman School of Music and wanted to keep classical music vibrant and alive, mixing styles and passions to make the music accessible.

Break of Reality sold more than 20,000 copies of their last album – The Sound Between – and have performed in venues from their first gig at a local Rochester coffee shop to NYC clubs Joe’s Pub and the Knitting Factory to Kilbourn Hall at the Eastman School of Music. In addition, their fans are as diverse as their music.

These are classically-trained musicians thinking outside the box. It’s no wonder that they’re appealing to a wide variety of audiences, including those coming from the educational workshops and performances they do at elementary, middle, and high schools for students around the country. Music education and the arts are some of the school programs regularly cut due to budget shortfalls and the chronic lack of educational funds felt across the country. It’s gratifying that a musical group with this much talent hasn’t forgotten to go back to the place where they all started to aid the cause music education.

When I heard of the group, I was intrigued. But after I heard their music, I was hooked. It’s the score to a million stories inside my head just waiting to come to life.

Spectrum of the Sky was inspired by the work of German artist Dominic Kamp, whose art is featured on the cover. The ten tracks on the album evoke different emotional responses, from the opening of “The Farewell” to the four movements of “Anodynia (tranquillo)”, which was commissioned for the Victoria Ballet Theater in Victoria, Texas. Anodynia is a medical term that means the absence of pain.

There are aspects of other classical works spread throughout, but it’s nearly impossible to pin their sound down to one influence or another. The blend includes a few bits that sound like classic Metallica to a point… but only to a point. Their technique includes styles from rock and classical, but also of world music such as African tribal beats.

My favorite track on the album has to be the title track “Spectrum of the Sky.” I would love to see the dancers of So You Think You Can Dance choreograph a number to it. Something about it builds a number of peaks and valleys that gave me chills as I listened. The use of silence punctuates the motions of the music beautifully. I can only imagine what the group sounds like in person.

If you are on the lookout for something unique – please check out Break of Reality’s Spectrum of the Sky. It debuted on May 16, 2009 at Mason Hall at Baruch College in New York City. Be sure to visit their website as well – BreakOfReality.com.

p.s. Check out their CD at your favorite music store or online: