Who would have thought that bluegrass music would become a guilty pleasure for me? In the last year, I’ve been learning to love bluegrass and Americana, with that unique combination of strings, hope, and passion among those fiddles, banjos, and harmonies strummed, picked, and sung to express life’s loves and losses and the road between. Some Strange Country is my first exposure to the band Crooked Still, but they’ve been around since the early 2000’s.

Aoife O’Donovan’s expressive vocals are but a part of the composite that forms when this quintet purrs along on all cylinders. Joined by bassist Corey DiMario, banjo player Greg Liszt, cellist Tristan Clarridge and fiddler Brittany Haas, the finger-picking and bow-playing layers add depth and balance that makes even the saddest moments full and emotive. To put it bluntly, these people are amazing.

Some Strange Country features a mix of traditional songs, original works, and a surprising version of the Rolling Stones‘ “You Got the Silver.” Nowhere along the album’s path did the group stray from the classical roots of bluegrass or the skills that brought them where they are today – touring to support the album to be released June 1st, 2010.

I knew I was hooked from the first song “Sometimes in this Country.” As O’Donovan sings… “Sometimes I’m in this country / sometimes I’m in this town / sometimes a thought goes through my mind / that I myself will drown…” accompanied by a gentle banjo melody and string bass that drives this song from beginning to end. Through the song you can hear the other band members playing with the rhythm and melody combinations to add almost a jazz-like playfulness between fiddle, cello, the banjo, and vocal harmonies.

Contrast that with the slow, emotional vocal and instrumental melodies of “Distress,” which evokes a feeling of loss. As a lover of traditional Celtic-sounding songs, this one seems to blend an Irish lilt with the bluegrass to create something not entirely new, but sharing a familiar and comfortable sadness that goes beyond ethnic background or musical style.

My second favorite “Half of What We Know” again merges a steady beat with a melody that rises and falls with a Corrs-style chorus above Liszst’s incredible fingers picking the banjo. With poetic verses like “Your lonesomeness I see / but I know it’s not for me / the mountains all have crumbled to the sea…” I lost myself finding meaning in each poetic line. Each turn of phrase might be interpreted any number of ways, as with much of art – a quality missing from far too much of the music heard on the radio today.

And though I’m not a religious person, there’s a passion and energy to “Calvary” that can’t be denied. From the cello and banjo solos and the vocal harmonies, this song simply rocks and tells the story of Jesus’ final day. Who knew a song about events in the Bible could be so well written and entertaining? “Behold faint on the road ‘neath the worlds heavy load / comes a thorn crowned man on the way / with the cross he is bowed but still on through the crowd / he’s ascending to the hill on the grey…” This is the first song in quite a while (since Matt Duke’s acoustic “Kingdom Underground”) where I’ve felt my spirit moved in ways it rarely goes.

Even if you’re not a bluegrass fan and simply like to hear great words, musical skills and performances, I’d recommend you take a listen to what Crooked Still has to offer. This isn’t Hee-Haw bluegrass, but instead a blending of musical styles and sensibilities around the bluegrass feel. Some Strange Country will remain in my listening queue for quite a while.

Be sure to take a look at the Crooked Still website for information about their tour schedule and previous albums.

p.s. Please check out this album and others from Crooked Still below! 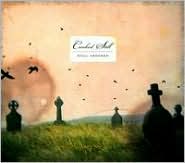