We have entered another interesting time of styles and groups on the radio these days. Iconic groups like Pearl Jam and Living Colour are returning to entertain another generation alongside newer, younger musicians such as Weezer, the Fray, and Linkin Park. Though Saosin released a self-titled album back in 2006, In Search of Solid Ground was the first I’d heard from the group and it fits perfectly alongside just about anything in the top 40. 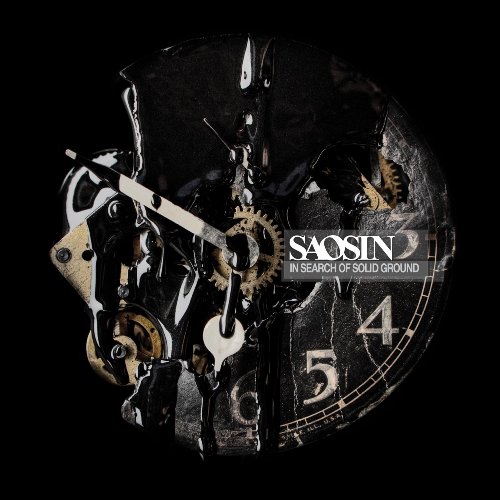 Saosin is composed of Cove Reber on vocals, Chris Sorenson on bass, Alex Rodriguez on drums, and Justin Shekoski and Beau Burchell on guitars. And unlike many bands, I have to say that these guys avoid the trap of only playing one style of music – there is a variety here that is refreshing.

Their first album was released with much fanfare and great reviews from Rolling Stone and Alternative Press . And so far, In Search of Solid Ground seems to be getting similar positive press and have so far avoided the sophomore slump that so often plagues new bands.

In Search of Solid Ground had the band working with multiple producers, including Butch Walker (Sevendust, Fall Out Boy, Pink), John Feldman (The Used, Good Charlotte, Story of the Year), and the Lucas Banker/Logan Mader duo (Five Finger Death Punch, Soulfly, Machine Head). The other tracks were self-produced and band guitarist Burchell mixed all the songs on the hour-long album.

“I Keep My Secrets Safe” starts the album off at a great pace. Though I’m not a fan of screaming in rock music, the thing that came through for me was that Rodriguez is a hell of a drummer. Rodriguez’ skills are also heard in “Deep Down,” as he plays more than just rhythm and takes part in the melody with tuned heads at the beginning. Among my favorite songs on the album, “Deep Down” rocks.

Solid bass lines from Sorenson and beats from Rodriguez hold all of the tracks to a steady, driving tempo. But there are some surprises scattered throughout, such as the quiet acoustic piece at the end of “On My Own,” the slower tempo, lyrics, and harmonies of “The Alarming Sound of a Still Small Voice,” and the piano-led track “Fireflies.”

Shekowski and Burchell can definitely shred the guitar, lighting up solos and layered melodies on multiple tracks from “I Keep My Secrets Safe” through to “Is This Real.” Reber’s vocals are good for the most part, but are at their best when he’s not screaming.

Honestly I think any of the tracks on this album could find their way onto my local radio stations and get great airplay. Get a listen at their MySpace page here.

Released in early September, Saosin’s In Search of Solid Ground is available now. Be sure to check it out at your favorite retailer and ask to hear them on your local radio stations!

p.s. Pick up this and other albums at Amazon below! 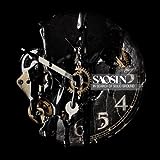 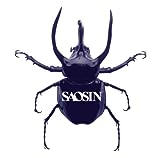