Nothing beats live music. Hands down, the live experience trumps any audio or video recording I’ve ever seen of an artist performing. That said, the next best thing is a concert recording, preferably video so you can see the actual performance instead of simply listening to it. 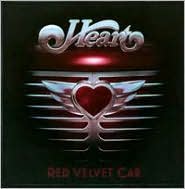 I have never seen Heart live other than the occasional performance I’ve seen on television. It’s on my list of things to do. But their album Red Velvet Car is probably more intimate than I could possibly be, even if I was sitting in the front row. From beginning to end, I felt with each track like it was recorded in my living room. It might have been a LOUD living room at times where the windows rattled, but you know what I mean…

The sisters Ann and Nancy Wilson have been queens of rock and roll since Dreamboat Annie hit radio waves in 1975, but Red Velvet Car is their first release in six years. This album manages to not only capture the classic Heart sound – from the style of “Barracuda” to that of “Dog and Butterfly” – while adding the new dimension that only age and experience can provide. From the duo’s voices that sound as good as 35 years ago to the guitars, songwriting, and harmonies that only they can create, it’s damn good to hear them rocking out again with some new tunes.

And with ten new tracks, we got a lot of new music to enjoy. I don’t know whether it’s the quieter tunes like “Hey You” and “Sand” or the rocking tunes like “There You Go,” “Wheels,” and “Death Valley” that echo in my mind long after listening… But whether you enjoy the fierce energy of electric guitars or the solace of getting lost in acoustic guitars and voices emotionally telling what can only be personal tales, there’s something for anybody who enjoys good music on this album.

The opening track – “There You Go” – tells a cautionary tale about losing control and being burned. With guitar melodies and rhythms sounding barely under control, you feel like the train is rushing forward only to crash in a ball of flame… “There you go again / Walking straight into the freezing flame / There you go again / There you go in the media insane…” The band is telling some poor innocent soul to be wary of the whirlwind of fame, to watch out for herself.

“Wheels” is another song that just drives along like a freight train in the dark… Again, the guitars and bass lines simply pound the song forward to some unknown destination. As they sing “Just close your eyes now / And breath a sigh now / Out of here” – like some great escape on the rails or open road. It’s impossible not to tap your toes as it drives on. (Note to self – don’t listen to this song while in the car with a known speed trap… )

But it’s “Sand” that sticks with me the longest. The last song on the album, it’s a story of endings or loss. The acoustic guitars set the stage and Ann’s expressive voice felt like I was listening to a song played at a funeral. Something private shared with a crowd to let them know whomever it was that left them is still with them, like sand in the wind. “I asked a distant star / I wonder where you are / the shadow at my door / the friend who is no more…” I couldn’t help but think of a friend I’d lost years ago… “Surely this sweet sand will run out by and by / and while the days come down to you / you are just a traveler passing through…”

It’s the intimacy that just floors me each time I listen to the album. I truly felt as though I had somehow slipped into a jam session as a fly on the wall… soaking up the music and the tales.

Red Velvet Car will be released on August 31, 2010 and I would encourage anyone who’s heard Heart in the past to pick up a copy. It’s another great album from Anne, Nancy, and the band to listen to over and over again.

p.s. Pick up this and other great Heart albums below! 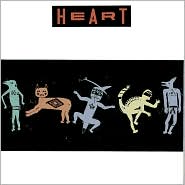 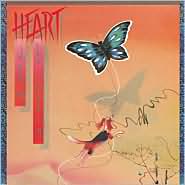 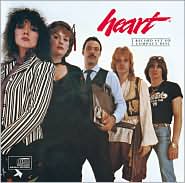 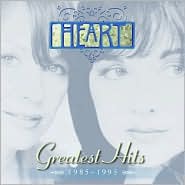