Back in the mid-1990s, I was introduced to the Presidents of the United States of America (PUSA) with their self-titled album. It included two songs, “Lump” and “Peaches,” which had quite warped lyrics. It was very easy to like this band with their lyrics like: “Lump sat alone in a boggy marsh / Totally motionless except for her heart / Mud flowed up into Lump’s pajamas / She totally confused all the passing piranhas.” 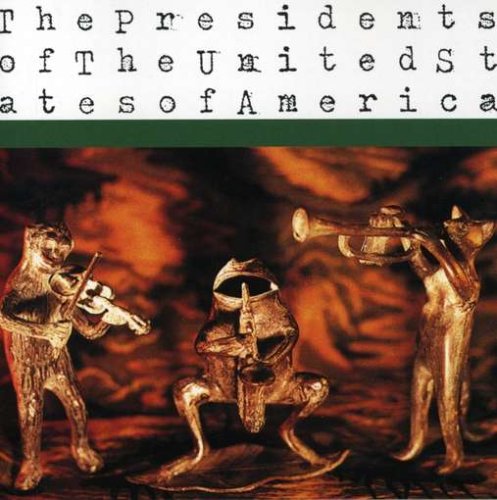 And I hate to admit it, but over the last decade I seem to have forgotten about them. (Sorry guys.)

Let’s start with a little history: Back in 1993, three guys – Chris Ballew, Dave Dederer, and Jason Finn – met and formed a band that came to be known as PUSA. They recorded an album in 1994 and were signed to one label (PopLlama Records), then signed to a bigger label (Columbia Records), and in 1995 the world heard PUSA play “Lump,” “Peaches,” and “Kitty” on the radio. A legend was born. In an era where radio airplay was often overrun by serious music, PUSA was a breath of fresh air.

By 1996, the Presidents had become so famous that “Weird Al” Yankovic recorded a parody of “Lump” called “Gump” on his album Bad Hair Day. I think this was one of their early peaks. They toured for a few years and eventually went their separate ways, but eventually reformed in 2004 with a slightly different group of guys. But they’re still touring and making music and that’s the main thing.

Back in January 2009, about the time Barack Obama was voted in as President, I found a song on the internet called “(Obama is) Moving In” and started poking around to see what else PUSA had been doing.

Turns out they’ve been quite busy touring and putting out EP albums now and then. I found three EPs, including Ladybug, Bad Times, and the just released Rot in the Sun. Though the songs are few, they are still the same wacky band I remember.

The song “Rot in the Sun” has its own music video online which is hilarious. I’ll sum up the song by using one of my Mom’s quotes about what she likes to do on vacation – “Be a beach ball!” In their song, PUSA expresses a desire to basically become a fruit left out to rot in the sun, which is a perfect analogy for being on vacation, don’t you think?

Rot in the Sun from DFuzed on Vimeo.

“Scrappy Puppy” is another song I could definitely identify with – yes, it’s about a lost dog in the neighborhood, but it can be expanded to just about anyone you know who gets distracted and lost from time to time.

But I think “Bad Times” is my new favorite song from PUSA. How these guys came up with this idea is beyond me, but it fits them to a T… “You never got hurt by sticks and stones / You never choked on any big chicken bones / You never got mauled by a mad baboon / You never lost all the air in your balloon / You never got poked in the eye with a spork / You never got sick from all that leftover pork…” The song ends with “So many things did go wrong / But the list is not long enough / Not enough bad things to fill up a song…” It’s a love song, but what a twisted one.

So if you’re like me and have lost touch with PUSA, now is a great time to check them out and grab some new music. With as often as they tour, there’s a good chance they’re even touring in your area, so be sure to check out their website at PresidentsRock.com.

The Presidents of the United States of America have not lost a step and are still a ton of fun after all these years. Be sure to check out their EPs – Bad Times, Ladybug, and Rot in the Sun!

p.s. Pick up some classic PUSA music at Amazon: 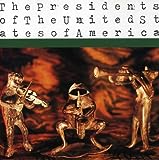