What happens if you merge the country voice of Anne Murray and cross it with the folk/rock sensibilities of Amy Ray from the Indigo Girls? You get someone like Cheryl Wheeler who definitely has a unique sound. Add to that a bit of a dramatic and whimsical flair for songwriting and you end up with the songs of Pointing at the Sun. This is the heart of folk music for me – telling stories with words, melody, and a personal perspective on the world. 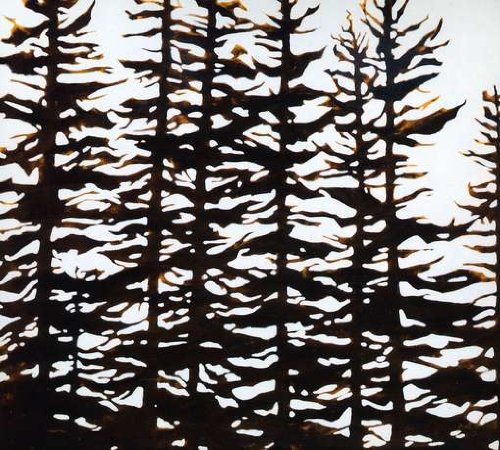 So how’d I miss her? Somehow I’d never heard of her before, even though she’s been recording albums, touring, and writing songs for 25+ years. You’d think that I might have heard some of her songs on the radio or heard her mentioned as an artist. But she seems to avoid the traditional artist spotlight and instead focus on playing in front of live audiences.

Other artists have certainly recognized her talents. Many have recorded covers of Wheeler’s work – from Kathy Mattea and Bette Midler to Garth Brooks and Peter, Paul, and Mary. And Wheeler doesn’t stray from socially conscious or charged lyrics either, including gun control (“If It Were Up to Me”), bad relationships (“Addicted”), and good relationships too (“Gandhi/Buddha”). She has a gift for the rhythms of poetry and a talent for arranging music to make them stick.

Pointing at the Sun is no different. I have had “My Cat’s Birthday” stuck in my head since the first time I heard it!

With this, her twelfth album, Wheeler has launched her own label – Dias Records. Though she puts her heart and soul into her live performances, I hope that having her own label means we’ll hear more of her socially conscious lyrics and her great sense of humor since she’ll have control of her own releases.

Of all the tracks on the album, I found myself drawn to the “Cat” trilogy of “White Cat, ” “Cat Accountant,” and “My Cat’s Birthday” as well as the groovy, bluesy “Summer Fly” and “You Know You Will.”

“White Cat” explores the point of view of an indoor/outdoor cat who didn’t really believe in grooming himself. “I was a white cat once, but when I roll around I get all gray and brown / And it does not make sense to waste a busy day licking the dirt away / And I have staff for that, sent here to serve the cat…” Sounds like any number of cats I’ve had over the years. And Wheeler manages to do some rap inside a folk song, which makes this song stand out. How many rap-folk songs are there these days?

“Cat Accountant” discusses the behavior of a cat who somehow became a CPA with some questionable methods. “His calculating is so round about / Einstein and Hawking couldn’t figure it out / Bill Gates and Midas wouldn’t make a dime / with my CPA feline…” As a geek, I appreciate creative lyrics (of which Weird “Al” Yankovic happens to be my favorite), and the idea of a feline CPA who would beat brilliant minds of today, yesterday, and the distant past has a certain appeal!

And “My Cat’s Birthday” seems to be the feline answer to “Dogs Playing Poker”. As the song goes verse to verse, in my mind’s eye I watched a very busy picture paint itself with layer upon layer of chaos as only a cat can create. “Catnip came and it all went south / Where did that goldfinch get that mouth? / Dogs growlin’ over bones they’d buried / A rabbit & a robin got married…” Set to a great beat and a catchy melody, it seems to be playing nonstop in my head when my own pets go mad.

Every song is beautifully arranged in a myriad of styles. And they’re all worth listening to if you like creative, folk-styled tunes.

All reports lead me to believe that to really “get” Cheryl Wheeler, you have to attend one of her concerts. So I’m adding her to my list of “must see” acts the next time she comes to Colorado. In the meantime, if you like folk, be sure to support Wheeler’s Dias Records and buy a copy of Pointing at the Sun from Goldenrod Music or at your favorite retailer. The album should also be released on iTunes in the coming months.

Wheeler’s tour for Pointing at the Sun starts in September 2009 in San Diego, so be sure to check her out if she comes to your neighborhood. Take a look at her website CherylWheeler.com for tour dates and much more information about this great artist!

p.s. Pick up Pointing at the Sun and other Cheryl Wheeler albums at Amazon! 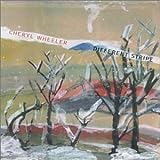 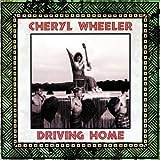