In January 2008, I discovered Peter Mulvey. The song “Better Way to Go” played on KBCO one day as I was driving in Denver and it led me to Mulvey’s album Notes from Elsewhere. After picking up the album, it’s consistently been at the top of quite a few of my playlists. His honest voice, amazing guitar work, and brilliant lyrics keep me coming back time and time again. 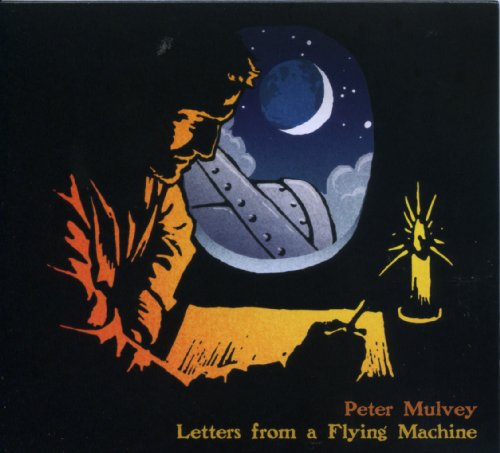 So when I heard he had a new album (his twelfth) coming out, I knew I had to pick it up. Letters from a Flying Machine isn’t quite what I expected, and yet more than I might have hoped. This isn’t a normal album full of song after song, but is instead almost a journey through time and space where Mulvey finds ways to communicate with his nieces and nephews during his travels. The “Flying Machines” of course are airplanes and there are four of the many letters Peter has written to his family on his many travels. And each letter is a glimpse into his life, his relationships with his family, and his observations on the world.

Though I love the music on this album, I have to take some time to chat about the letters. Writing a letter is a very personal process and one that may be lost on today’s youth. E-mail, Twitter, instant messaging, and text messaging all tend towards more conversational bits shared between the sender and the receiver. Those mediums can be personal, but we no longer have the delays between sending and receiving personal correspondence that made receiving a letter so much more personal and exciting. For Peter to share these intimate collections of thoughts passed from himself to his nieces and nephews is a wonderful way to share more of himself with his fans and forever immortalize the letters for his family.

The tracks of Letters aren’t meant to be listened to a bit at a time out of order. These tracks are arranged carefully to illustrate how when we are gone, some of our legacy is left behind. But what is that legacy? What form does it take? This is what Mulvey delves into through his letters and songs.

Of the tracks on the album, his letters “Mailman” and “Vlad the Astrophysicist” resonated with me. Explaining DNA to a 6-year-old and the fact that all living things come to an end… Been there, done that. But I have not yet had the conversation about life in the universe with my kids. It’s coming. My eldest has those deep Carl Sagan moments now and then, so it can’t be too far off. These stories from Peter should resonate with any of us who have our own kids or know people who do.

And the music is always amazing. “Shoulderbirds (You Know me)” and “On a Wing and a Prayer” tell stories with harmonies and melodies interwoven with lyrics that make you stop and think.

And in “On a Wing and a Prayer” we hear about the people living in the moment day to day. “I know for you and me, there’s no guarantee…” as they go through the world hoping for the best, a song in their hearts. I’m unfortunately not one of these folks, but my wife is and we’ve gone on many an adventure on the spur of the moment, so I can appreciate the sentiment.

The last track on the album is Mulvey singing the classic “Love Is Here to Stay“, accompanied only by his guitar with the gentle roar of a traveling plane in the background. One of my favorite songs, it’s great to hear Peter’s take on the immortality of love as he covers the last song George and Ira Gershwin‘s ever wrote. Hard to top Gershwin.

Letters from a Flying Machine is another in a long line of albums from Peter Mulvey that deserves more than one listen. If you like great guitar, folk/rock sensibilities, and simply wonderful music, be sure to pick it up today at your favorite online or brick-and-mortar retailer!

p.s. Be sure to pick up some of Peter Mulvey’s albums at Amazon below: 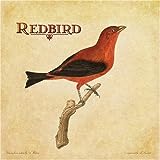 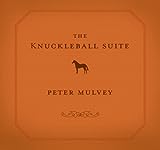