Just about a year ago I had the opportunity to review Tyrone Wells‘ album Remain. Tough to believe that it’s been twelve months. And now he’s releasing an acoustic album called Metal & Wood that proves he continues to mature and develop as an artist.

Wells has once again brought compelling, socially-conscious lyrics into sync with rhythms and melodies that provide additional layers. Add to that his soulful voice and gift for putting his emotion into a performance and you begin to see a pattern emerge between Remain and Metal & Wood. I’ve always found that when you strip an artist down to the bare essentials of acoustic performances, you hear their true talents emerge. Without a doubt, Wells is the real thing.

This album opens strong and doesn’t let up. But when I started listening to the title song – “Metal and Wood” – Wells had me from the opening strum. Using traditional folk guitar styles and merging them with the edge of rock/pop, the song calls to listeners to make the world a better place for our children for we won’t be here forever. “We took the music from the schools / and left the darkest gaping hole / where will our children be / if they don’t learn to sing / millions of voices fallen silent til they’re gone…”

“Metal and Wood” really hits home for me as a parent of two young kids. As a product of the public school systems of the State of Colorado, much of who I am was courtesy of the art and music programs in my schools and the wonderful teachers who knew those programs were building more complete kids. I wonder where we’ll be when the arts are totally gone. I’m not sure I want to find out. Without music the world would be a very dreary place. So bravo to Wells for bringing up this issue close to my heart.

Another song that stands out is the duet with Jason Reeves called “Give Me One Reason,” which has some beautiful harmonies from the very beginning. It’s about two people in a troubled relationship like two stars orbiting each other and waiting for an opportunity to escape their gravity. “You’re like a shadow that I cannot hold on to / I’m not a prison / I cannot tie you down” he sings hoping that she gives him one reason to stay.

And “Use Somebody,” which I’ve heard on local radio stations from the Kings of Leon, gets a nice acoustic makeover. This is a simpler, slower version that really lets the melodies, the lyrics, and the guitar come out loud and clear. It’s a great cover.

The whole album really cruises along to a mix of wistful, romantic tunes like “Running Around in My Dreams” to the more serious “Metal and Wood” and “Give Me One Reason” to the bluesy beats and happy lyrics of “And the Birds Sing”. We could all use a bit more sunshine as Wells sings “it warms your skin and the soul within as the birds sing…”

Really that’s what hits me about this album. Where Remain focused on a bit darker subject matter, Metal & Wood focuses more on the happy side of the equation. In a time when the world has its own issues, it’s great to have a positive message now and then. I’m a fan.

So if you’re looking for more Tyrone Wells and something a bit different than Remain, be sure to check out Metal & Wood which will be released March 2!

p.s. Pick up this and other Tyrone Wells albums at Amazon below! 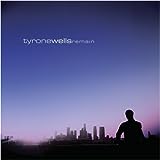 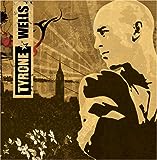