Tickling the ivories. Slapping the keys. Playing the piano. Modern pianos have 88 keys covering seven octaves and three pedals. And though I myself never learned to play well, some of my fondest memories are of my mother sitting before our old upright piano whiling away the minutes into hours as she’d stretch chord and note to chord again… Even now, nothing quite can match the expressiveness of a well-played piano.

Enter Richie Lawrence and his family’s 1917 Model AIII Steinway Grand Piano. On his latest release, Melancholy Waltz, he proves my point with twelve amazing piano and accordion instrumentals and songs. And though his Americana-themed lyrics and vocals weren’t my favorite tracks on the CD, there’s something powerful and joyful about his piano compositions that’s hard to explain. Melancholy Waltz cuts across a majority of his influences – from Americana, blues, and folk – while showing off his talents as not only a performer, but a composer and songwriter.

Lawrence was born in Oklahoma, but lived in Colorado for a time and now calls California home. He’s played everything from blues to Polka and along the way met a literal Who’s Who of famous musicians – Bonnie Raitt, Steve Goodman, Crystal Gayle, America, and George Thorogood as well as the Neville Brothers, David Lindley, Ladysmith Black Mombazo, Little Richard, David Byrne, and more.

Of all the tunes on the album, my favorite is the “Bee’s Blues”, which weaves the classic melody of “Für Elise” with a series of lively ragtime blues riffs that I can listen to over and over again. The joy as Lawrence plays with these melodies comes through loud and clear.

In contrast with the blues, the soft and steady strains of “The Melancholy Waltz” brings to mind a couple dancing through time and space. This is a piano composition I would hope that dance choreographers, television and movie producers take note of for their own shows. It’s impossible for me not to see the waltzing couple as I listen to this gorgeous melody, which ends in a happier place than it begins with a more upbeat/ragtime feel.

And lastly, I’ll talk about “My Oklahoma Hills,” which shows his love for where he was born. He explains in the lyrics that “I left my home behind me / My dreams do travel there still / Through prairie ocean grasses / My Oklahoma hills…” This is for Lawrence what “Country Roads” was for John Denver – a call home through song.

Richie Lawrence’s three decades of experience playing music professionally truly come through in this great album. If you have a love for original piano compositions as I do, be sure to pick up Melancholy Hills. Check out his website – www.richielawrence.com – for more information about the man and his music.

p.s. Look for this and other great albums at Amazon! 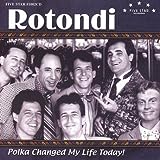