Wow. When I started listening to Matt Duke’s latest album – Acoustic Underground EP – I was struck by the simple, powerful pick and strum of Duke’s acoustic guitar as he lays down the mesmerizing lick that drives the melody of “Kingdom Underground.” And then he begins to sing, telling the story of a fallen angel conversing with Heaven. Who knew John Milton‘s Paradise Lost would make such an amazing tune? And how can any 24-year old have the perspective to write such compelling lyrics? 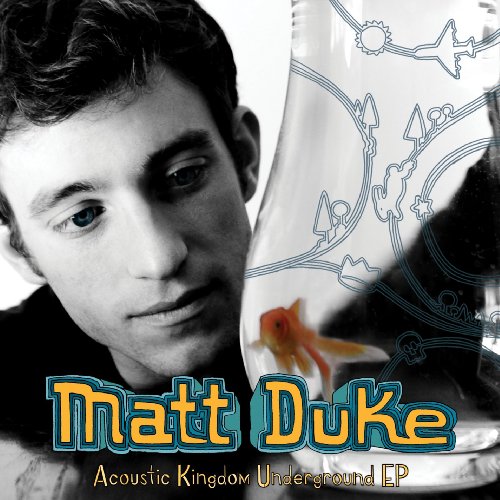 But don’t let the religious theme of “Kingdom Underground” throw you. Duke finds inspiration in myriad places as you wind through the six songs on the EP. These tracks were largely inspired by his exposure to various literary works. And though he dropped out of college after “15 minutes” as he puts it, he has a grasp of storytelling in literature that evades many a lit student.

Born in South Jersey, 24-year old Matt Duke currently lives in Philadelphia and works on music that defies categorization. “When I first started out, I didn’t know what style I was,” says Duke. “I still don’t and probably never will.” This is great for those of us looking for new artists with a unique voice. I want him to continue to experiment and grow as an artist. And if this EP is any indication, that shouldn’t be a problem.

“The Father, the Son, and the Harlot’s Ghost” changes the pace, telling the story of someone questioning their faith as we all do from time to time. Again, Duke loosely bases the lyrics on the book Trinity by Leon Uris. Spiritual unrest is something we all go through and this conversation resonates with that truth. His honest, trembling vocals add to that truth by giving the song emotional weight.

When we get to “Walk it Off,” we’re no longer talking about faith. This is a fight between lovers told from the perspective from two pissed off people. Though the song slows down the original version on Duke’s Kingdom Underground album, once again Duke manages to inject a raw emotional reality in this conversation. The love is there beneath the rage held close and they do their best to walk it off so they won’t hurt each other further…

In “Ash Like Snow,” you get to hear more of Duke’s gift for literary metaphor and simile. How do you deal with the fading of the place you’re from? You can fight progress, whether positive or negative, but eventually change takes all things. It’s the order of the universe and a literary theme of Ayn Rand‘s We the Living, on which he based this song. As a lament for simpler and better times, now lost to time, Duke compares the ash of falling buildings to falling snow. I couldn’t help but think of 9/11 and the images of the dust falling on the streets of New York City.

Duke has a gift for taking infinitely relatable topics, maybe even uncomfortable ones, and making them emotionally accessible through his simple and effective guitar melodies, an expressive voice, and his lyrics. Each layer builds on the next, creating composites that tell stories for all to hear.

Each time I listen to “Kingdom Underground,” I hear new things in the layers and his expression. It’s one I’ll be listening to for quite a while. I hope to hear more of Matt Duke’s acoustic work in the years to come. While we wait, be sure to check out Duke’s Kingdom Underground EP and go on a musical, lyrical journey. It’s worth a listen or ten. Look for it at your favorite online or brick-and-mortar retailer.

p.s. Support Matt Duke. Pick up his music at Amazon! 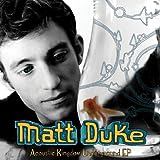 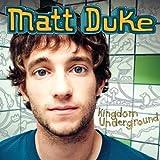