Celtic music has always called to me. At first I found Enya (Watermark is still my favorite) and that led to Clannad (Dulaman). Then I found Loreena McKennitt (The Visit) and Solas (Sunny Spells & Scattered Showers). Whether it’s a jig, a reel, or a ballad… Whether there are lyrics or it’s purely instrumental… They all seem to call to the distant parts of my Irish heritage. 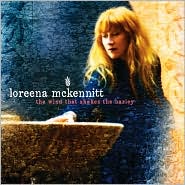 When I first heard Loreena in college, I fell in love with “All Souls Night” and “Between the Shadows” on The Visit. The rise and fall of her voice in conjunction with the eerie lyrics evoked images of spirits dancing to commemorate the end of one season and the beginning of another. But even more than her voice, the way she constructs her songs with traditional instruments and intricate arrangements is what’s kept them floating around in my head for nearly twenty years.

The Mask and Mirror had a slightly different feel, going with more of a Spanish/Arab sound. And The Book of Secrets was the last album I picked up of hers. The song “The Mummer’s Dance” received a ton of airplay in the late 1990s and it seemed to pander a bit to pop sensibilities. It didn’t help that when the movie Ever After came out starring Drew Barrymore, the song was used in a trailer for the film. With the saturation of both radio and television, I lost track of her music after that.

That brings me to this year, when I heard she was releasing an album that went back to her roots and more of a Celtic/Scottish feel. The Wind That Shakes the Barley was the result. And though it’s still not my favorite album of hers, it has renewed my interest in her music again.

Though the album is filled with traditional Celtic songs, I have to admit that I’d only heard one – “The Wind that Shakes the Barley” – which had been done in a version I love by Solas and another by Dead Can Dance. These songs range from “Down By the Sally Gardens,” which is based on a poem by William Butler Yeats and “The Parting Glass” and “The Star of the County Down,” both traditional Irish songs… to an original instrumental from McKennitt called “The Emigration Tunes.”

This album seems to be a return to slower, more methodical tunes, rather than the more upbeat songs that encourage you to dance. “As I Roved Out,” “Brian Boru’s March” and “The Star of the County Down” are the faster songs on the album, though none approaches the determination and speed of some of her earlier works. That said, “Brian Boru’s March” is among my favorites of the album, with its gentle instrumental rise and fall. I couldn’t help but imagine a crowded floor of people waltzing in their finest clothes in an earlier, simpler time.

But it’s the title song of the album – “The Wind That Shakes the Barley” – that really captured my attention. This isn’t Solas’ quicker version, which infectiously makes me want to dance (and nobody really wants to see that). Loreena has slowed it down and made it almost creepy with the ambient music in the background. It’s more than ambient and enhances the melody in strange ways. And the violin beautifully evokes the sadness of the subject matter… the loss of one’s true love.

I’m glad that McKennitt has returned to her old form. The Wind That Shakes The Barley restores my hope that beside all the pop noise on the radio, classically-inspired music still has a place in the world. Be sure to check it out at your local or online music store.

For more about her life and music, check out her website at QuinlanRoad.com – the site for her private record label, Quinlan Road.

p.s. Pick up this and other great music below! 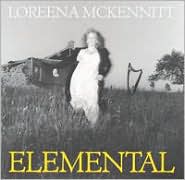 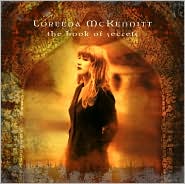 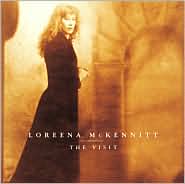 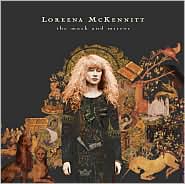 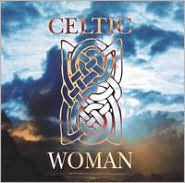