What do six blind people have to do with Handful of Luvin’s album Life in Between? Sometimes I feel that describing music is the same way… And this album is tough to describe. Each track has a slightly different “feel” that feeds into the eclectic mix of this rock quartet. But if you take each track on its own, you only hear part of the truth.

The band began to form in 2002 when David John (vocals and guitar) met Andrew Joslyn (fiddler) at Western Washington University in Bellingham, Washington. As they began to play, their styles complemented each other perfectly. Over the next couple of years, Patrick Files (bass guitar) and Michael Knight (drums) joined the mix to form Handful of Luvin. Often compared to the Dave Matthews‘ Band, I hear many more influences in there – from a bit of Tom Petty, to some punk ska like Simply Stoopid, to even a bit of the Vitamin String Quartet and a touch of Poe. It’s a strange beast that at once seems unique and yet comfortably similar…

From the very first track, I was swept up in the river of amazing arrangements and poetic lyrics that evoke not only emotion, but engage the intellect and imagination.

“Born Lucky” starts with the plucking of strings and shifts into rock mode with lyrics that might make you wonder if these guys are philosophers… “The more we criticize, the less we realize / that we’re the ones in control of all our lives…” Among the guitars and the poignant turns of phrase is a rock sensibility asking us to question ourselves when things get tough.

But it’s “The Pilgrimage (Into Chaos)” which really made me understand that this isn’t your average rock album. Smack dab in the middle, you hear Alan Watts’ voice asking us to enjoy the ride, not the destination – with humor and humility, he suggests that we don’t rush our lives for others, but find ways to avoid the rat race in favor of stopping to smell the roses. And behind this rational talk, the band provides an amazing instrumental that rises and falls, building and building to the end – with synthesizers and a soaring violin and viola from Joslyn.

Handful of Luvin seem to know how to worm their ways into your head through words and music. Each track is slightly different from the last, taking you on a journey from start to finish, with a sound all their own. Each member adds their own special ingredient to the mix, never overwhelming or competing with each other – simply working together to create the best songs they can.

If you’re looking for a unique album, I can’t recommend Life in Between from Handful of Luvin enough. Through rock music and strings, Celtic influences, punk, and other tasty ingredients it’s a feast for the ears that deserves a listen.

For information about the band and tour dates, be sure to check out their website – HandfulOfLuvin.com.

p.s. Pick up the album here: 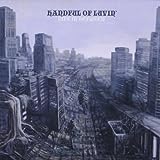 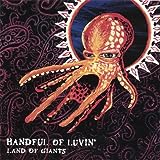 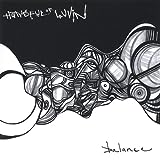