In 1989, Tears for Fears released their albumThe Seeds of Love, the band’s third album and follow-up to Songs from the Big Chair which had been released in 1985. The album included “Woman in Chains,” on which Roland Orzabal and Curt Smith performed with Phil Collins guesting on the drums and Oleta Adams featured on vocals. Adams had been invited to collaborate on The Seeds of Love when Orzabal and Smith heard her in Kansas City, Missouri, while they were on tour.

“Woman in Chains,” though not a song about a cheerful topic, resonated with me in a way that no other Tears for Fears song ever had before. And it was all in response to Oleta Adams’ soaring vocals. Even today, I probably listen to that one song at least once a month or so.

For some reason, I never followed Adams’ solo career even though I felt her voice made that song what it was. But when I heard that Adams was releasing her first major pop or soul album since 2001, I knew I should give it a listen. I was not disappointed.

Let’s Stay Here proved that after 20 years, this vocal powerhouse has not lost her touch. This is a mix of soulful jazz and pop tracks that definitely got my attention.

Oleta starts off the album with “Feelin’ Good” and doesn’t let up from there. Each song features her gorgeous, warm, and soulful vocals backed by a talented jazz/soul band who complements her talents to a “T”. (I really want to know who played saxophone on “Feelin’ Good” – whoever it was has a dark, smoky jazz solo that sounds amazing — I’d swear it was David Sanborn, but can’t tell for sure.)

“We Can’t Stay Here” is another favorite of mine on the album, once again pairing the sweet saxophone with Oleta’s seemingly ageless voice. If only all upbeat jazz ballads could be this simple, yet smooth arrangement.

But without a doubt, my favorite on the album is the “Best That I Can Do”. Opening with a screaming saxophone solo and leading up to Oleta crooning “Baby, it’s the best that I can do…” with a back beat that called out to me.

If you’ve been looking for another release from Oleta after her long absence, wait no longer. She’s back. Let’s Stay Here will have a prominent place in my music collection.

Oleta, please don’t let Let’s Stay Here be your only release for another 9 years.

p.s. Be sure to pick this one up at your local music store or online: 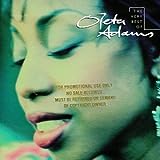 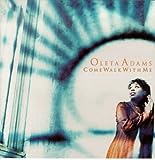 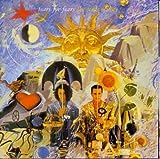