Sometime in the mid-2000s I came across a group known as Eastmountainsouth – a folk/rock duo composed of Kat Maslich (now Kat Maslich-Bode) and Peter Bradley Adams. Their self-titled album “Eastmountainsouth” was the only album the duo produced, though it had a few songs used in film and television soundtracks. And the song “Hard Times” has haunted a corner of my mind ever since. 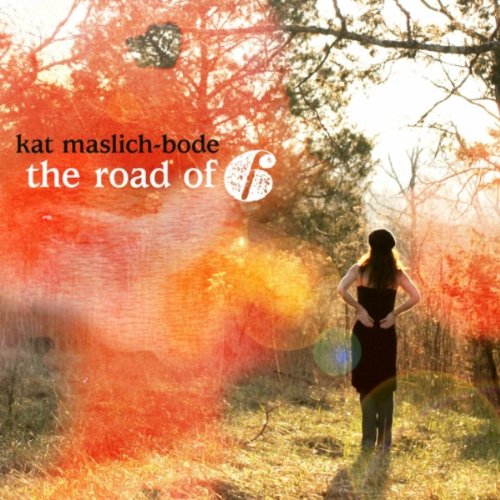 In this time of job and economy woes, the lyrics of “Hard Times” still plead for tough times to “come again no more.” “Let us pause in life’s pleasures and count its many tears / while we all sup sorrow with the poor / there’s a song that will linger forever in our ears / oh, hard times come again no more.” With its Americana/folk roots, the acoustic guitar and duet between Kat and Peter has just the right balance of gravitas and hope.

So when I heard that Kat was releasing her first solo album since the duo split in 2004, I wanted to give it a listen. The album title – The Road of 6 – comes from the number of years it’s taken to complete it as a labor of love and friendship. She says “I am truly blessed to have so many amazing friends, musicians, and singers join me on the record.”

Though a short album, coming in at about 25 minutes and 6 tracks, it features some interesting choices, such as a cover of Tim Easton‘s “JPMFYF” – a controversial song about the state of Christianity today. And I have to admit the album came as a bit of a surprise to me. Whereas Eastmountainsouth had a good mix of upbeat and ballad tunes, The Road of 6 comes across as a bit depressing.

Kat wrote “March” for her husband on their wedding day, and uses the heartbeat of their daughter (then in-utero) to open and close the song. With guest vocals by Mary Chapin Carpenter, the song definitely comes across as a slow love song that would work well as a wedding march – sharing the joy one partner shares with another when you’re in a marriage that works.

“Sky Falls” features Glen Phillips (Toad the Wet Sprocket) and Neilson Hubbard on background vocals. The lyrics are about trying to be someone you’re not and watching as the “Sky Falls” around you as a result. Of all the songs on the album, this is one of my favorites. I think coming to terms with your true self and what you need to do is one of the hardest things a person has to do in life. And the steady, but not too-slow beat keeps the song chugging along behind Kat’s soaring vocals.

And “Poor Old Town” is my other favorite, though it focuses on getting out of a small town that’s fading. Background vocals are sung by Jim Lauderdale, a Bluegrass/country artist who’s been performing since the early ’90s and has written songs for George Strait, the Dixie Chicks, Patty Loveless, and others. I love his expressive country voice behind Kat’s – it adds a whole other dimension to the song. Like with “Sky Falls,” this one deals with leaving behind everything you’ve known to start over and the melancholy of the new life and the life left behind.

Overall, I thought The Road of 6 was a strange mix of songs – from the personal (“March”) to the controversial (“JPMFYF”) to those about the human condition (“Sky Falls” and “Poor Old Town”). The arrangements were good, but the balance of the album seemed to be falling into a very sad place. I don’t mind sad songs, but there has to be more hope and energy for an album to be truly great.

The Road of 6 from Kat Maslich-Bode is available now and she’ll be touring and working on her full-length follow-up album throughout the next year. Fans of Eastmountainsouth will want to give her a listen and I hope that her next album can strike a better balance. Check out her webiste at KatMaslichBode.com for more details about the album and her tour schedule!

p.s. Here are a couple of albums to check out: 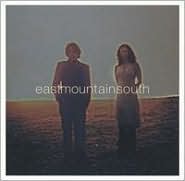 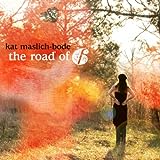