Jerry Cherry is a rocker with heart. And Life is Sweeter… is a debut album that documents his life experiences in New York City and his many years of playing guitar and writing songs. He’s got the experience to write about too. 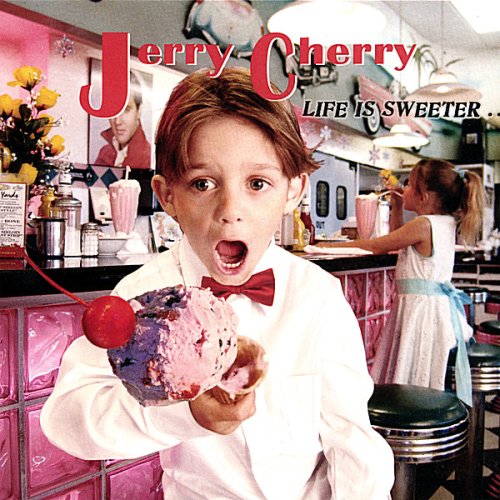 Born in Brooklyn and moving to Ft. Lauderdale at age 6, he learned how to play guitar before high school and was playing gigs in high school. So he was honing his skills for a long time before he was ready to think about making an album.

Life is Sweeter… includes eleven songs that tell stories of a life well lived. Loves gained and lost, trying to fit into NYC after being in Florida for many years, and finding meaning in his life. And with songwriting eing an intense personal form of expression, Jerry says “For the most part I have to be on the verge of a nervous breakdown in order to write.” Of this album, he says that “creativity for me is almost like therapy.”

Jerry formed a band in 2003 and has been playing all over NYC and opening for artists such as Buckcherry and The Fixx. Jerry recently even played lead guitar as a member of Chubby Checker‘s band on CBS and at the Rock and Roll Hall of Fame for his 2008 hit, “Knock Down the Walls”.

The album itself is a series of stories told through music and lyrics – from moving back to the big city, to trying to get the girl, to fitting in — it’s all there. You can hear his many influences, from punk to rock, including David Bowie, Elvis Costello, AC/DC, The Verve, The White Stripes, Radiohead, and more.

You can definitely hear the Elvis Costello influence in “Big City Life,” where he sings about adjusting to the craziness of living in the big city where everybody’s just trying to escape from it.

And he struggles to get the girl in “Lancelot” – “If I were Lancelot I’d steal her from King Arthur / And I would never let her go, / I am Romeo and she’s my Juliet / A love that will never die” Great lyrics about getting and keeping the girl. I can definitely identify with the sentiment!

But he also has a soft side, as he shows with “Turned Around” and “Slip” with beautiful guitar and great lyrics. Jerry not only struggles with finding love, but feeling like it’s deserved. Common themes for the common man.

Jerry and his band can definitely rock. “Punished” definitely has a Radiohead vibe. “Freakshow” has an AC/DC-style bass line at its heart.

But Jerry Cherry is about more than mimicking his many influences. He takes things apart and puts them together in new and unique ways, paying his respects to the classics – like “Worst Looking Man” which has a sweet rockabilly vibe.

Life is Sweeter… is a fun album, full of songs I’d love to hear played live for fans young and old. Be sure to check out his website at JerryCherry.com!

Enjoy the album – I definitely did!

p.s. Pick it up from Amazon: 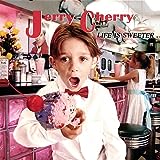