Back in 2005 and 2006, I watched Rock Star: INXS and Rock Star: Supernova with my wife and girls. We caught every episode almost rabidly, as it was (and still is) rare to hear fresh takes on rock standards on regular television apart from the American Idol franchise. The show was hosted by Brooke Burke and Jane’s Addiction lead guitarist Dave Navarro. Both seasons of Rock Star shared a number of great new rock stars with a CBS audience. 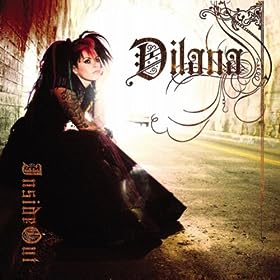 During the second season, we were introduced to Dilana, a singer, songwriter, and performer born in Johannesberg, South Africa. She managed to escape to the Netherlands and then Los Angeles, performing in her own band alongside acts such as Joe Cocker, K’s Choice, and Heather Nova. But until she appeared on Rock Star: INXS, I have to admit we hadn’t heard of her.

With her amazing rock goddess gravelly voice she managed to rock her way into our hearts and finished second runner-up to Lukas Rossi on the show. After that we wondered what had happened to her. With her rock star attitude, songwriting skills, and killer vocals we hoped it wouldn’t be the last we’d heard of Dilana.

Fast forward to November 17, 2009… Dilana’s debut album InsideOut – produced by Dave Bassett and featuring No Doubt drummer Adrian Young and Mötley Crüe guitariist Mick Mars – has been released by Kabunk! Records. Dilana’s definitely back, belting out her own songs, proving that rock star swagger is back in a big way. The album starts off with “Holiday” and leaves us with “The Question”, but there’s NO question that she’s going to leave her mark in the world of rock-n-roll. As she says in “Holiday” – “Oh my life has changed / Like a holiday / Feels so damn good…” Hard to argue with that!

Without a doubt, this is one of my favorite rock albums of 2009. Dilana manages to not only rock out from beginning to end, but manages to do it with a variety of styles rarely seen in debut albums. You can tell she’s put the experience before and after Rock Star: INXS to good use. I found it impossible to avoid bobbing my head and dance along.

Dilana mixes and matches hard, guitar-heavy rock with rock ballads that feature that awesome set of pipes she has. Songs like “LOUD Silence” where she croons “you gotta hold on / in the LOUD silence…”, and “Ice” where she slows it down to show her sensitive side. But I think “Solid Gold” has to be my 2nd favorite track on the album (behind “Holiday”) with its drum-beat intro and amazing guitar rhythms that beat their way into your brain.

InsideOut is now among my favorite albums and will get some serious play in my collection. I hope this isn’t the last we’ve heard from Dilana. If you want a hard-rockin’ songstress with some serious pipes, look no further than Dilana. Check out her MySpace page to get a listen to some of her tracks.

p.s. Pick up some great Rock Star music from Amazon! 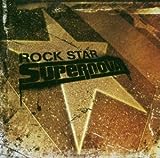