Those of you who know me know I’m not a fan of Christmas music. After one holiday season working retail in a mall with Christmas music piped in 24×7, you could say I now have a bit of an allergic reaction when I hear traditional arrangements of carols like “Jingle Bells” and “Silent Night.” Since then, I’ve been on the lookout for fun or different approaches to these old, dated, repetitive songs. 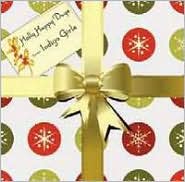 Now, back in college, I became a huge fan of the Indigo Girls. Rites of Passage, Nomads Indians Saints, Swamp Ophelia, and 1200 Curfews still get played regularly at my house. Amy Ray and Emily Saliers have been playing together since the mid-1980s, with their amazing harmonies, heartfelt lyrics, and arrangements that keep their music from falling into the same ruts other artists sometimes hit after playing together for 20+ years.

So when I heard the Indigos were releasing a bluegrass-tinged holiday album – Holly Happy Days – I knew I had to check it out. And I have to say I wasn’t disappointed.

With twelve tracks that includes a few covers, classics, and originals, the album should appeal not only to lovers of traditional holiday tunes, but also those looking for some new and different choices. A cover of Woody Guthrie‘s “Happy Joyous Hanukkah” (with background vocals from Janis Ian and Mary Gautier) sounds just as good as classics like “Oh Holy Night” and originals like “Mistletoe.” And the bluegrass feel adds an intangible quality to the already impressive vocal harmonies and arrangements of these classic songs.

What floors me is that a holiday album can seem original these days. I’ve heard so many arrangements of the usual suspects that I tend to just tune them all out. I’m sure there’s nothing wrong with traditional sounding carols and hymns being recorded time and again, but it’s just not for me…

But when I heard the slow, emotional pleas of “Mistletoe,” I knew this wasn’t your usual holiday album. With Ray’s expressive, deeper voice asking “please baby please / just let this love be” after a kiss under the mistletoe, I felt her calling for a chance to slow down and enjoy the season and let the fire burn low. And I loved the slow pick of the banjo and guitar, keeping the song rising and falling throughout.

With songs like “In the Bleak Midwinter,” which also features the voice of Brandi Carlile, the duo becomes a trio accompanied by the fiddle. I’d never heard this traditional holiday hymn, which is in the same vein as “Little Drummer Boy” asking what a visitor might give the newborn child – “What can I give him, poor as I am? / If I were a shepherd, I would bring my lamb / if I were a Wise Man, I would do my part / yet what I can I give him: give my heart.” It builds and builds the harmonies up to that last powerful verse, expressing that simplest of wishes for the season – it’s not about gifts and wrapping, lights and tinsel – it’s about caring for each other.

Add to that the simple arrangements of songs like “There’s Still My Joy” with Emily starting a capella with a soft piano. The lyrics and gorgeous harmonies of Amy and Emily express that “One tiny child can change the world / One shining light can show the way / through all my tears for what I’ve lost / there’s still my joy / there’s still my joy for Christmas Day.” How can you argue with that sentiment? Again, it boils down to the simplest idea of Christmas – not the overblown media and merchandising mayhem it has become.

I’m really not a Scrooge or a Grinch, but when I think of the winter holidays — the decorations, music, and shopping sometimes overwhelm me. Holly Happy Days makes me think that perhaps there are people in the world who know that the true meaning of the holidays is to give of yourself and pass along some hope. Thanks to Amy and Emily of the Indigo Girls, I think I just received my first gift of the season.

If you are looking for alternative Christmas and Hanukkah music choices for this season, definitely check out Holly Happy Days. It has a little in there for lovers of the traditional and the not-so-traditional holiday tunes. And I think it’ll be playing softly in the background as we share some family time come Christmas Day.

For more details about the Indigo Girls, their albums, and their touring schedule, be sure to check out their website at IndigoGirls.com.

p.s. Pick up this and other great Indigo Girls albums from Barnes & Noble below: 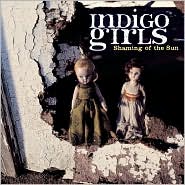 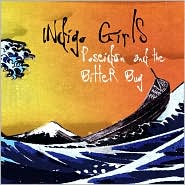 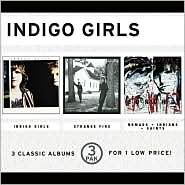