What is it about Australia being the birthplace of so many great musical acts? INXS, Men at Work… and now Howling Bells. I’d never heard of them before, but I think we’ll hear much more in coming years. I hope so, anyway. 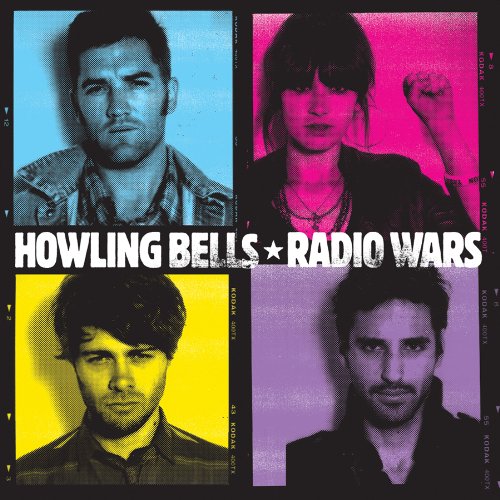 Howling Bells features Juanita Stein (lead vocals), her brother Joel Stein (guitars), Brendan Picchio (bassist), and Glenn Moule (drummer). Formed in Australia in 2004, they moved to London and recorded their 2006 self-titled debut with producer Ken Nelson. Their dark, unique sound saw the band tour with The Killers and Placebo in Europe and Snow Patrol in Australia.

Now, with Radio Wars, the group already has a top 30 album in the UK. I think they’ll find a willing and enthusiastic response here in the United States as well. Touring with Coldplay this May and June, I think they’re doing their best to spread their music across the U.S. and Canada.

I was struck by the variety of the album. A good deal of the album had an almost Cranberries-ish sound with Juanita’s voice, but every now and then there’s a song that defies that description. “Nightingale” feels almost like a cross between a laid-back Blondie and a throwback to the Mamas & The Papas. But no matter what, Juanita’s voice haunts all of the songs equally and is backed by some amazing arrangements from the rest of the band.

As a sophomore album, Howling Bells manages to avoid the trap most sophomore albums fall into… This album has a texture, a landscape of its own that often is ignored in the interests of expediency. As you wind through this album, there are no two songs back to back that have the same signature style, which makes it enjoyable from start to finish. From the driving beat of “Treasure Hunt” in the beginning to the almost gospel of “How Long” I enjoyed every step of the way.

Among my favorites, I have to say “Nightingale” comes first, at the bottom of the first valley of the album. A simple arrangement complements Juanita’s haunting voice telling the story of a sad bird with broken wings whose love has flown away. Dark, steady, telling a story of loves lost, she sings of what would again make things alright.

And “Golden Web”, through the imagery of being hunted by a liar as a spider, somehow wrapped itself around my brain. First bitten and snared, the prey has nowhere to run. “You trapped me / with your money / then you spun your web / all around me…” Something tells me someone in the band has had some bad relationships along the way to making this record.

Be sure to take a listen to Howling Bells’ Radio Wars. Like in “Golden Web”, I was snared by their music and hope for more soon. For more information about the group, be sure to check out their website and their MySpace page. This is a band I hope to hear much more from in the future.

p.s. Pick up Howling Bells’ CDs at Amazon below! 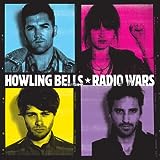 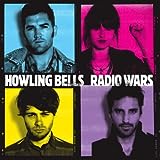