So many artists, so little time… I’m now of the opinion that the State of California has been hiding Greg Laswell since 2003. Based in Los Angeles, Laswell has produced and two EPs, with a new EP – Covers – released in October. He has a unique, almost haunting voice for a male singer and these simple arrangements of five songs from other artists reinforce that haunting quality…

The EP features covers of songs from Echo & the Bunnymen (“Killing Moon”), Morphine (“In Spite of Me”), Mazzy Star (“Take Everything”), Kristen Hersh (“Your Ghost“), and Kate Bush (“This Woman’s Work”). Not only is it an interesting combination of songs, but there’s a progression there… From a vaguely vampiric lyric to the burdens of a woman watching her son grow into a man, it’s interesting to hear a man’s voice singing these arrangements of music created or sung by women originally.

Beyond lending his emotive voice to these tracks, Laswell also played most of the instrument on the album. He produced the record himself in a cabin in Mountainaire, Arizona. The piano and guitar worked especially well for me in these stripped down, yet layered tracks. I have to say that though all of these songs are beautifully done by Laswell, the last two sold me – “Your Ghost” and “This Woman’s Work.”

In Hersh’s lyrics for “Your Ghost,” that haunting aspect of Laswell’s voice really come to the surface. He recorded multiple tracks of his voice to provide harmonies to give it further depth. But the words alone paint a picture of heartache… “… it’s too quiet, so I pad through the dark and call you on the phone / Push your old numbers and let your house ring til I wake your ghost…” The sense of loss is hard to miss and Laswell’s arrangements bring that to the fore.

I’d not heard Kate Bush’s version of “This Woman’s Work,” but had heard other songs featuring her distinctive voice. Laswell again takes the arrangement and boils it down to its core with a piano, a guitar, and his emotions. The lyrics are once again from a female perspective, yet Laswell provides the depth necessary to bring out the beauty, the hope in the underlying story instead of the sadness… “Of all the things I should’ve said / That I never said / All the things we should’ve done / Though we never did / All the things I should’ve given / but I didn’t… I should be crying, but I just can’t let it show…”

Laswell’s depth lends credence to all of the tracks on this album and I was left wanting more – the sure sign of a great artist. Be sure to look for Greg Laswell’s new EP – Covers – at your favorite retailer!

p.s. Unfortunately Covers doesn’t seem to be available at Amazon, but check out these other Laswell albums! 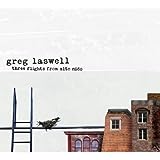 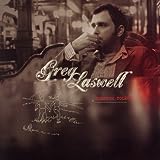 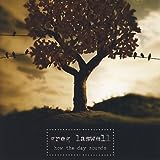