A decade ago, I heard Eva Cassidy for the first time in an unlikely place. We were watching an episode of Smallville on television and as soon as the song came on I started to ignore whatever was happening on screen. Eva was singing her version of Cyndi Lauper‘s “Time After Time“. Already a fan of the original, Eva’s version took it to a whole different level… and thus started my fascination with her music.

It’s tough for me to describe the qualities of her voice in words. She was ethereal at times. Always passionate. With a tenderness and a strength that sends chills down my spine every single time. There are few voices that do that to me on a regular basis and Eva’s is one of them.

As I began learning more about Eva, I was crushed to discover that she had passed away of melanoma in 1996 at the age of 33. Another life cut far too short. She had so much more to share with the world.

So when I heard Blix Street Records was releasing an album of twelve acoustic tracks from Eva, I knew I had to give it a listen. The album, called Simply Eva, goes back to the core of what Eva relied on – her voice and her guitar. And as always, I was not disappointed. How could I be?

There are some songs I’d heard before with broader arrangements, such as “People Get Ready” which appeared on Live at Blues Alley. And both “Kathy’s Song” and “Time After Time” appeared on her album Time After Time. But these are stripped down versions that really showcase her guitar skills as well as her amazing voice.

Though every track is amazing, I’m going to focus on three here that really moved me.

“Wade in the Water” is a classic gospel song that she just croons with a simple pluck and strum pattern that takes this gospel to a bluesy place that simply rocks. Eva would fit right into a gospel choir with this one. There’s a spiritual quality to her singing that makes even this agnostic soul think twice. For years my father has played this song on his twelve-string guitar but wasn’t able to remember the name, which makes it all that much more personal for me.

Then there’s “Wayfaring Stranger,” which is a staple of the folk tradition. And once again, Eva makes this an emotionally loaded song of cascading meanings. I wonder what she was thinking of as she sang… “I’m just a poor wayfaring stranger / Traveling through, this world of woe. / There’s no sickness, toil nor danger / That bright land, to which I go.” For someone who left us with so much more to say, I hope she’s someplace like that.

And finally, there’s “Over the Rainbow” written for the MGM classic movie The Wizard of Oz. Eva played with the arrangement a bit to make it hers. It’s a song of hope for the future… “Someday I’ll wish upon a star / And wake up where the clouds are far / Behind me.” With a wistful quality in her voice, you truly believe that she hopes things will turn out for the best someday.

If you are a fan of Eva Cassidy’s, or simply are looking for some amazing acoustic folk with a voice that will leave you longing for more, I can’t recommend picking up a copy of Simply Eva enough. Give it a listen. She is missed, but she left behind an amazing legacy for us to enjoy for years to come.

p.s. Pick up this and other great Eva Cassidy albums from Barnes & Noble and Amazon below: 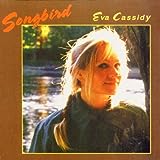 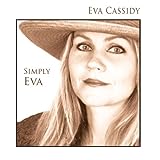 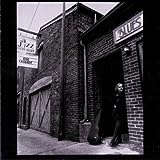 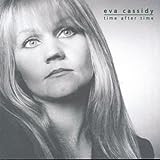