A few years ago I was introduced to Luka Bloom‘s music from his Acoustic Motorbike album. He has an interesting style that mixes folk, country, and alternative into a seamless musical landscape. Eleven Songs, his eleventh album, continues to add to that landscape.

Eleven Songs began in November 2007 when Luka sat down with guitarist David Odlum to figure out which of the 20 songs he had written to include on his next record. The list of songs underwent a few transitions as they honed each song. First at Grouse Lodge in County Westmeath, Ireland, with the help of a number of musicians, they went from 20 songs to 15 over the course of about 6 months. After that, they went to Black Box in France to finalize the list from 15 songs to 11 that they were very happy with.

Each song focuses on Luka’s voice and guitar, even with the myriad of layers created with the many musicians who helped out. Luka and Odlum (Frames’ guitarist) were joined by Dave Hingerty (ex-The Frames) on drums, Trevor Hutchinson on double bass, Liam O’Maonlai (ex-Hothouse Flowers) and Paul Smith on piano. A few tracks featured Joe Csibi and his string quartet, Kenneth Edge on soprano sax and clarinet, Conor Byrne on Flute, Joshua Grange on pedal steel guitar, and additional vocals by Sinead Martin, Robbie Moore, and the Gardiner Street Gospel Choir.

What hit me immediately was that the whole album sings of hope, love, and loss. The first few songs took a bit to grow on me, but the album hits a great stride with the hopeful “I Love the World I’m In” and the passionate “Fire.” “Fire” may be my all time favorite song from Bloom, as it rants about current issues in the world, including the many wars going on.

“Eastbound Train” is a hopping folk track about love and friends heading off to adventure on an Eastbound Train. It’s impossible not to start singing along with the chorus “You never know, the way I go…”

And “Everyman” is a solemn tune that speaks to the core of humanity. We all have hopes and fears, dreams and regrets. Luka’s voice and guitar are in rare form and his lyrics speak quietly of the lonely road at the end of a life. “Everyman sees his own road into the light / Everyman lets his own load go / one last night”.

The final song is “Don’t Be Afraid of the Light That Shines Within You,” a song Bloom wrote in 2000 and has until now only sung in Kildare. In 2008, he felt the surge of hope in the world and decided to put it on the album. The song honors the beginning of Spring and celebrates Brigid, the Patron Saint of Kildare who was the pre-Christian goddess of love, poetry, and justice. We can all use a bit more love, poetry, and justice in our lives, don’t you think?

Overall I found this to be a great expression of Bloom’s talents for mixing musical styles, great lyrics, soaring vocals, and hope. It fits nicely into the landscape of his musical career from the last 19 years. If you need some hope, check out Luka Bloom’s Eleven Songs at your favorite music store or online.

p.s. Be sure to pick up Luka Bloom’s albums at Amazon or your local music store: 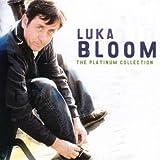 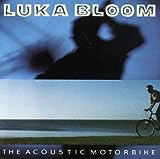