Released in 2008, David Sanborn‘s album Here and Gone brings back an old school jazz feel reminiscent of Dave Brubeck and Charlie Parker. However, Sanborn doesn’t live in the past – with Eric Clapton and Joss Stone featured, this is a great mix of old and new. Starting with the “St. Louis Blues“, Sanborn wails to old school sounds with a big band heart. He moves from there to “Brother Ray,” where his sax is backed by the guitar of Derek Trucks, whose slide style blends smooth jazz with rock sensibilities.

And who can beat the blues sounds of Sanborn and Eric Clapton in “I’m Gonna Move to the Outskirts of Town.” Clapton’s guitar and voice mix with the Sanborn’s sax groove to keep the blues’ beat smooth and sultry.

Like some of his other duets (“It’s Probably Me” pairing Sanborn & Sting from the Lethal Weapon 3 soundtrack is probably my favorite to date), Sanborn knows when to let his partner take the lead and when he can wail. He never tries to overwhelm during his duets, instead making it a collaboration where he can feature the other artist prominently.

“I Believe to My Soul”, an old Ray Charles song, is another duet that merges Sanborn’s sax skills with another artist – this time blues chanteuse Joss Stone. Though young, that girl can definitely sing the blues, and I have to say she’s got one heck of a voice.

Here and Gone merges the best that Sanborn has to offer. His last album was released more than three years ago (Closer in 1985), and he’s touring constantly around the world. He’s had such an amazing career, I’m sure all he has to do is call someone up to see if they’d like to collaborate with him on an album.

I’ve been listening since the mid 1980s when I was playing alto sax in a high school jazz band, and David Sanborn only gets better with age. He released his first album in 1975 and has been going strong ever since, having released 23 albums (including Here and Gone).

Winner of two Grammy awards (1981 for Voyeur and 1986 for Double Vision), Sanborn has worked on music for movies and television and continues blending musical styles and tastes in his own unique way. Double Vision still holds a prominent place in my music collection.

Whether you’re a fan of jazz, blues, rock, or swing, Sanborn has a little bit of everything to offer. Here and Gone deserves a place in every sax or jazz lovers collection.

Check out more about David Sanborn at his fan site. The site provides a full biography, tour dates, discography, news, and much more.

Hopefully we won’t have to wait another three years for David Sanborn’s next amazing album!

p.s. Pick up Here and Gone and other great Sanborn albums at Amazon: 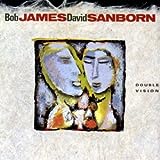 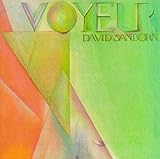 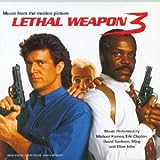