Before I get too distracted by how amazing this album is, I have a confession to make. Though I’ve heard music from the Dave Matthews Band (DMB) over the years on the radio and have seen Dave Matthews himself when he’s acted on shows like House, I’ve never been a huge fan. The music was good, but I heard so much of it on the radio that I never felt compelled to buy an album. That is until now… 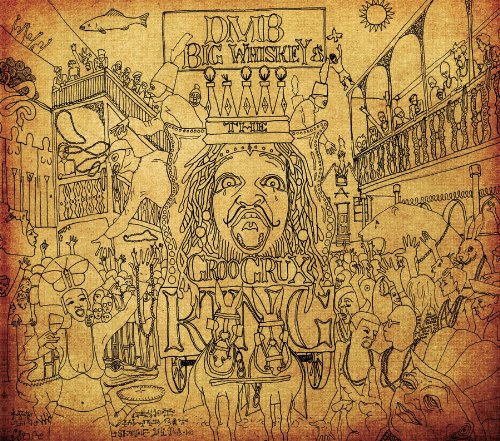 Big Whiskey and the GrooGrux King served as a reminder that through tragedy comes growth. And with growth you never quite know where it will take you. For DMB, the departure of keyboardist Butch Taylor and the wake of LeRoi Moore‘s ATV accident and his death a month later would serve as both a wake-up call and a seemingly cathartic event for many of the songs on the album. Though I too mourned the loss of LeRoi as a young musician whose life was tragically cut short, I can’t help but think that Big Whiskey and the GrooGrux King is better for it.

Though DMB has focused on philosophical and social issues in the lyrics of past albums, I found the lyrics of Big Whiskey to be amazingly poetic and deep. “Funny the Way It Is” was the first single off the album and it’s impossible to miss the comparisons between different people in different situations – “A soldier’s last breath / his baby’s being born / funny the way it is / not right or wrong / somebody’s broken heart / becomes your favorite song…” It’s trying to get people to see beyond their lives into the lives of others, and I think that stems from the loss of their friend. I know from past experience that the death of a friend is life altering in ways we sometimes don’t see for years. And in some ways, I’m sure writing and performing these songs helped band members accept the change and move on.

In addition, as a sax player I am all too aware of the difference between an ok, good, and amazing sax player. LeRoi was great on all of the previous DMB albums. And I think that made Jeff Coffin, who stepped in to fill the huge hole LeRoi left behind, bring his A-game to the table. Coffin, of Bela Fleck and the Flecktones fame, also has had one heck of a prestigious career – playing with the Flecktones since 1997, recording several independent albums, and winning a Grammy. So to have someone with his talent step in to help out the DMB on tour and on Big Whiskey is huge.

And then there’s the amazing music all throughout the album. The music just grooves along, sometimes hiding the deeper meaning of the lyrics along the way. I think that’s part of the attraction of this album for me. Each song has multiple layers of meaning. Enjoy it for the music. Enjoy it for the words. And then enjoy it for the thought it provokes along the journey. For me the combination of deep lyrics and amazing music blended to make this one of the most intriguing albums of the year so far.

With songs like “Lying in the Hands of God” telling someone to “Save your sermons for someone that’s afraid to love / if you knew what I feel then you couldn’t be so sure / I’ll be right here lying in the hands of God…” The person’s world is upside down – “Now the floor is the ceiling” – and he wonders about this person, perhaps a priest, lecturing him on how to feel.

Beyond the social depth of the album, DMB also created songs of hope and love. “Spaceman” is a man describing his love for his girl and the hope he keeps when things get rough – “Probably get it wrong much as I get it right / but I got it right woman / when I caught your eye / what I remember most / about that night is /I love the way you move baby.” This one too goes on to share that no matter what, we have to keep earning a living and we may not always love ourselves, but he won’t stop loving her.

But “Alligator Pie” caught me by surprise. When I first heard it, I couldn’t tell what it was about, but I heard the line “Stella said Daddy when you gonna / put me in a song” and thought of my own children wondering when they might be mentioned in something I write. Then I went back and read the lyrics and the song may actually be about hurricane Katrina and the images of those trapped by the storm in or on their homes. “Sittin’ on a roof eatin’ alligator pie / first day the water rise / second day the sun is high / third day Stella cries / cause night time’s dark as a dead man’s eyes…” Haunting lyrics. And to keep her mind off, Stella wants to know when she’ll be in one of her Daddy’s songs… All along the song is driven by this back-woods banjo-picking and beat that just keeps driving through. Amazing.

If you’re a fan of DMB, you can’t pass up Big Whiskey and the GrooGrux King. If you’re not a fan, you shouldn’t pass up a chance to take a listen. This is DMB at their best, celebrating the life of their friend and bandmate LeRoi Moore (whose nickname was “GrooGrux”) and so much more. Be sure to find it at your favorite local music store or online.

p.s. Pick up Big Whiskey and the GrooGrux King at Amazon here! 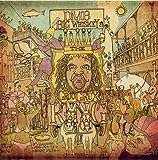