After all these years, how could I have missed Chris Smither‘s music? Time Stands Still is Smither’s eleventh album in a career spanning four decades – a lifetime of playing live and playing music. And he’s still going strong! 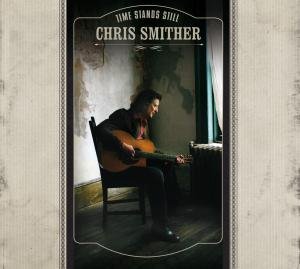 I’d compare him to Bob Dylan, Peter Mulvey or Mark Knopfler style-wise, with a combination of storyteller and amazing guitarist rolled into a single package. And this album is no different, merging his acoustic guitar licks with a blues sensibility and his emotive, grainy voice. The feeling is in each and every guitar lick and each and every note to leave his throat.

Time Stands Still‘s intimate session was recorded in only three days and its songs ponder time’s mysteries. Included are eight original compositions and a song each from Bob Dylan, Mark Knopfler, and 1920s country-blues songster Frank Hutchinson. Recorded with producer and guitarist David “Goody” Goodrich and drummer Zak Trojano, this stripped-down recording session presents these folksy blues songs as they were meant to be heard.

What blows me away is the range of not only emotion, but how he assembles these songs. They’re simple arrangements, sure, but deep just the same with layered qualities found in those artists who know their fans and themselves very well. The lyrics are expressions of Smither’s view of the world, from the way people are dealing with the world’s current economic troubles to dealing with being the parent of an adopted daughter.

I absolutely love “Surprise, Surprise” with its unique guitar groove and almost sarcastic take on our economic slowdown. “Are you worried ’bout your money? ‘course you are – who wouldn’t be? you thought that you were rich and then you turned on your TV…” There’s truth there with a tongue-in-cheek attitude like you’re being scolded a bit and should have known better.

And “I Told You So” with its amazing guitar work and a touch of parenthood… “Where you as big as you are now when I was born? I been this big a long time, that’s why my face is worn / But were you ever little, and if so where was I? Yes I was, but you weren’t anywhere or anywhy…” The questions of a child that never stop. What’s the dumbest question? “The dumbest one’s the one you never ask of me.” This one hit me as a father who knows “I Don’t Know” is often the best answer to the best intended question.

One of my other favorites is Smither’s version of Knopfler’s “Madame Geneva’s”. I love the original, but have to say that Smither adds a different spin – slowing it down a bit and playing up the blues aspect. Knopfler hit the nail on the head in the days of yore when the plague was high and treason was in season… “Then you’ll find me in Madame Geneva’s / keeping the demons at bay / There’s nothing like gin for drowning them in / but they’ll always be back on a hanging day, on a hanging day…” Even today, I’m sure there are a few of us drowning our troubles in gin.

None of these songs sound over-engineered as I find all too often these days. Each recording highlights Smither’s world-weary, emotive voice and amazing finger-picking. Behind that, Goody adds layers with another guitar and Trojano does a great job keeping the beat and staying out of the way. If time stands still as the album title suggests, then this album gets it moving again.

If you, like me, were oblvious to the amazing musical talents of Chris Smither, then I would strongly encourage you to run out to your favorite retailer on September 29, 2009 to pick up Time Stands Still. I promise you that if you’re a folk/blues fan, you won’t be sorry. And if you already know Smither’s music, you’re ahead of the game!

p.s. Be sure to pick up this album and any of the other amazing albums available from Chris Smither at Amazon below! 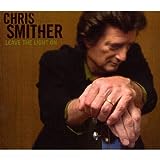 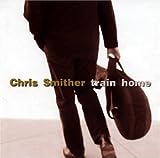