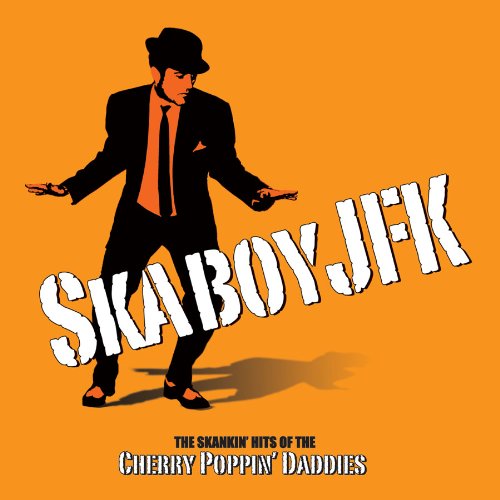 Skaboy JFK focuses on the 1960s-era up-tempo form of pre-reggae Jamaican Soul known as ska. What is ska? For me it boils down to mixing Swing with Punk — a horn section, rock guitars, and an attitude. There are many definitions of ska, but they all seem to start in Jamaica and the UK in the 1960s and end when both RBF and No Doubt appeared in or near the mainstream in the 1990s. Personally, I don’t buy that ska is dead.

CPD toured with many of the big ska bands when they were coming up in popularity, including the Mighty Mighty Bosstones, Fishbone, Reel Big Fish, The Specials, No Doubt, and Madness. During those days, they were focused on the “Zoot Suit Riot” fans, so they didn’t play a ton of ska in their sets.

Now in 2009 with two albums coming out on the same day, you’d think there would be more repeated tracks. But there’s only one track – “Hi and Lo” – duplicated between Susquehanna and Skaboy JFK, so if you pick up both albums you won’t be disappointed. With 12 amazing tracks on Skaboy JFK and 13 more on Susquehanna you can have a long swing/ska set that lasts a couple of hours!

On the album, there’s definitely a few favorites of mine… “Sockable Face Club” being at the top of the list. Full of energy at an insane pace, it’s tough to object with lyrics like “You’re in my Sockable Face Club / You gotta punchable face, bub / Grab him, nab him / Everything you do makes me feel like you need to get a blackened eye…” Frenetic energy talking about a fight in the bathroom… And with piano licks that drive the song all the way through, this is one toe-tapping, fist-fighting ska tune.

Then there’s “Cosa Nostra,” which again focuses on a fight – this time it’s a day in the life of a mobster. “It takes some pressure to make a diamond / It takes some losin’ to win a soul / It takes a bleak house to run away from / It takes a warm bed to appreciate the cold world inside of you…” Who would have thought that being a mobster was so lyrical? The music takes a step back, with muted trumpets and a bass line that leads you through the mobster’s life.

I’m not sure what makes me like these songs about fighting, but I have to say that the music and energy in all of the tracks will keep me coming back for years to come.

p.s. Be sure to check out this and other great Cherry Poppin’ Daddies music at Amazon below! 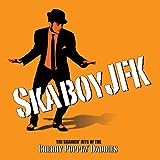 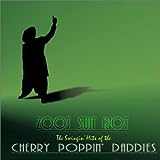