Every now and then I have an artist recommended to me that I would never have heard about otherwise. Rusty Anderson is one of those. He deserves some serious attention for his latest album – Born On Earth. With a mix of rocking guitars and some quieter pieces (including a strings intro for the title track), the album has a bit of everything. 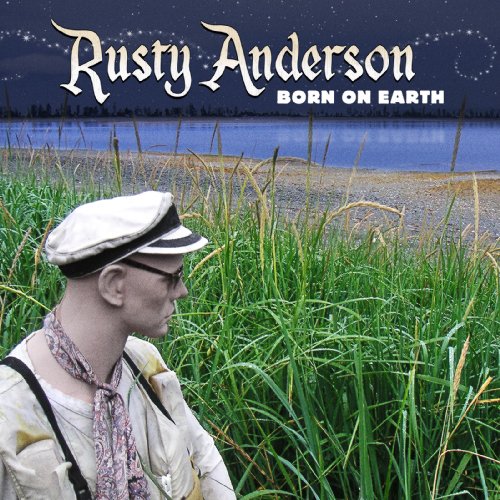 At age 50, Anderson has played with some great acts including Elton John, The New Radicals, Willie Nelson, The Wallflowers, Stevie Nicks, and Paul McCartney. He was a part of the Paul McCartney band from 2001 until 2007. His first solo release, Undressing Underwater released initially in 2003 and was re-released in 2005. His new album was just released in October 2009.

The title track, “Born On Earth,” kicks off in an interesting way. A string intro that might be more expected in a classical music concert leads to some screaming guitars that blend into some serious rocking music. But when you factor in the almost sarcastic approach to the world’s woes that go along with the rock, I found myself really liking this one… “all the ice is melting away / but its alright / cause all we gotta do is pray” and “we got folks in high places / down low as can be / and no matter how high we climb/ we’re born on earth…” We’re all here, we might as well rock our way to the end, right?

The rest of the album floats between hard rock, blues, acoustic and slower guitar-layered tunes. Anderson has a gift for creating analogies in his songs that we can all identify with. Telling stories of loves lost and found and people trying to find the answers to all those questions we all have.

“Baggage Claim” is one of those analogy-laden songs set in our modern world of people passing in crowded airports. “… I’ll meet you / in the baggage claim / where no one is to blame … the bell starts ringing at the carousel / but all the bags kinda look the same … so open it up and see what you find…” Who hasn’t wanted to start over in a relationship at one time or another?

But “Julia Roberts – filtered mix” is by far my favorite song on the album. It has a sound that blends influences of the ’60s and ’70s – a bit of Beatles, a bit of Donovan, a bit of the Hollies… Even I have to admit a crush on Julia Roberts at one time in the distant past, though I can’t say I ever dreamed of Julia Roberts down by the sea! “isn’t this a lovely dream Julia Roberts? / we walked into the restaurant near ocean and vermont / the paparazzi were called / i lost her gaze to a man by the bar / who didn’t like me at all…” It’s the stream-of-consciousness most dreams happen to exist in.

The gift of multiple styles, great arrangements, and creative lyrics is one heck of a trifecta for Rusty Anderson in this album, Born on Earth. Find a copy online or at your favorite brick-and-mortar store and be sure to ask for it at your favorite radio station. All of these tunes would sound great over the airwaves cruising into your car!

You can also find out more about Rusty at his website.

p.s. Be sure to check out Rusty’s albums! 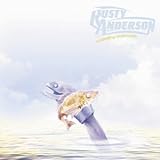 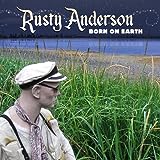