The Cold War Kids was formed just a few years ago in California and doesn’t seem to have taken much of a break since 2004. They have even been quoted saying with as often as they’re on tour “Why even have apartments?” CWK seems to thrive on live performances, rather than wanting to be regularly in the studio. 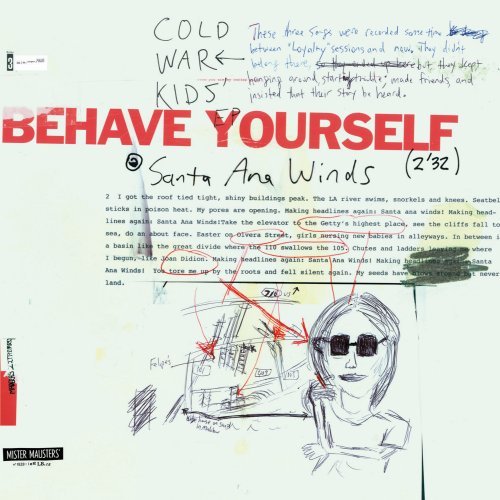 Behave Yourself (Dig) is a collection of four songs and a jam session that didn’t make it onto their Robbers & Cowards or Loyalty to Loyalty albums or their many EPs released since 2005. The band consists of Matt Aveiro on drums, Matt Maust on bass, Jonnie Bo Russell on guitar and Nathan Willett on vocals and piano. And based on these four songs, I have to say they have a unique sound that crosses boundaries.

“An Audience of One” opens the EP with Willett exploring his great range while not listening to the advice proposed by the EP title… Tough to “Behave Yourself” when singing lyrics like “Reach out and point a finger / And touch the globe / Spin around and where it stops / You’ve got to pack your bags and go…” Sounds good to me, but easier to do when you’re young and free!

From there we progress to “Coffee Spoon” with its easy pop guitar and percussion backing Willett’s smooth lyrics once again. This one’s meaning is a bit darker though, perhaps in response to some of the economic troubles the world has been seeing. He sings “my indulgence is a joke / and while everyone laughs / I’m clipping coupons / and saving my breath…” The upbeat music mixed with the messages of consumption and the mismatch with how the voice of the song actually feels makes this one stand out.

“Santa Ana Winds” is my favorite of the four songs. Like “Coffee Spoon” it mixes upbeat and almost happy melodies and percussion with observations of the gritty California world around them. “Easter on Olvera Street / Girls nursing new babies in alleyways / In between is a basin like the great divide…” showing the disconnect between different sides of the same street all too familiar to most inner cities today. Socially conscious rock songs make me feel that younger generations actually have the hope to see a change in their lifetime.

And the last song, “Sermons vs. the Gospel,” continues the socially deep trend, but this time slowing it down to almost a Southern Church feel stripped down to a few bare instruments and voices. “Got this idea in my head and I can’t get it out / cause all your money and all your culture / I can surely live without…” Begging for mercy from the lord in a world where the rich get richer and the poor keep getting poorer…

Having never heard of the Cold War Kids before, I have to say I’m impressed. Solid music and lyrics that make you stop and think. There may be hope yet.

For more details about CWK, their touring schedule, and previous releases be sure to check out their website at www.coldwarkids.com.

p.s. Pick up this CWK EP and other albums at Amazon! 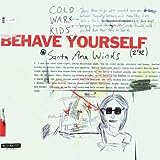 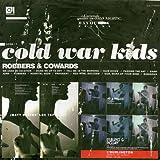