Nancy Wilson is one of the two goddesses of the rock group Heart. So why may you ask is she creating an album of tunes specifically meant to help lull babies to sleep? Well, why not? She’s a mom too! 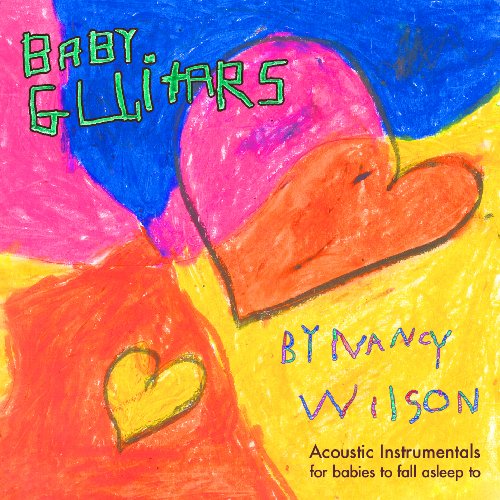 Evidently, the idea of composing guitar lullabies didn’t occur to her originally. “It never occurred to me to actually try and put people to sleep with my music,” she says. “But then the idea came up when a friend had a new baby.” She tested these tunes on several unsuspecting “test babies” and many have been lulled to sleep by them. So they must work, right?

Let me put your fears to rest. These are beautiful, acoustic instrumentals, that adults or children might listen to on a lazy Sunday morning or before bed to settle down after a long day. Each of the ten songs on the CD was composed by Wilson and bandmates Craig Bartock and Debbie Shair and played by the trio as well. Wilson and Bartock played guitars and Shair helped on a concert harp. And if the music isn’t enough to get you to buy the CD, the cover and CD art were done by Ms. Wilson’s kids – Curtis and Billy.

Some of these tunes came dangerously close to putting me to sleep – including the repetitive, nearly meditative “Cozy Rain” and the slow glide of “Silky.” “Sun on the Rug” was even heard recently in the soundtrack for the Hilary Swank movie P.S. I Love You.

It’s hard to believe that Heart has been rocking the world with music since the 1970s, but they’re gearing up to mark the 30th anniversary of Dog & Butterfly, a classic multi-platinum album. And if that’s not enough, they’re also going to start work on their 14th studio album soon. With such classic songs as “Crazy On You,” “Barracuda,” “Magic Man,” and many, many others, it’s great to know that Nancy, her sister, and the rest of the band are still committed to creating great music for fans big and small.

If you, like me, are a big fan of Heart and have kids or know people with young children, you can’t miss by picking up this great collection of original acoustic guitar songs. Even if you don’t have kids, Baby Guitars might be just the thing for a lazy day. The album is only available on Amazon.com as a CD and digital download, so go order yours today!

p.s. Pick up this and other great CDs from Heart below! 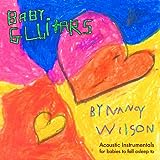