As the original American Idol prepares to release her fourth album, I’m reminded why Kelly Clarkson has become such a pop powerhouse. Not only does she have talent, but she has a stable of great songwriters helping her out along the way. The first single, “My Life Would Suck Without You” jumped from #97 to #1 on the Billboard Hot 100 chart just a few weeks ago. I’m sure we’ll hear more from this album on the airwaves soon. 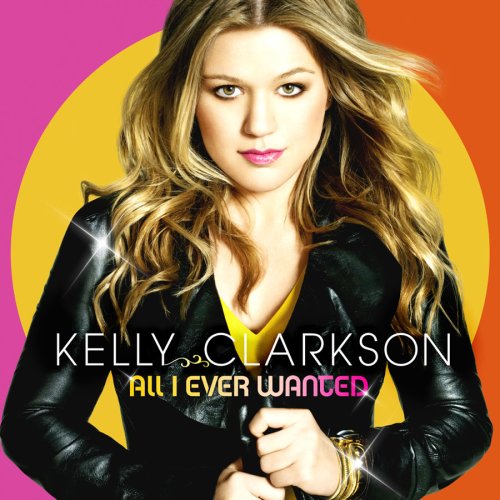 In a scant 7 years, her first three albums (Thankful, Breakaway, and My December) have sold 16 million albums worldwide and garnered her 2 Grammy Awards, 2 American Music Awards, 2 MTV Awards, and 11 Billboard Awards. Somehow I suspect that All I Ever Wanted will continue the trend.

Like her previous albums, with All I Ever Wanted Clarkson proves that she deserves to be on the pop charts with soaring vocals on ballads and anthems alike. Starting with the track released as her first single, “My Life Would Suck Without You”, she gets the album off to a fast start. All the songs seem to focus on various aspects of relationships current, past, or future, especially where the guy is clueless and the girl doesn’t want to take it any more.

“I Do Not Hook Up” tells of a rebound relationship. Written by Katy Perry, Kara DioGuardi, and Greg Wells, it’s good that the latest American Idol judge hasn’t lost her songwriting skills. “Cry” tells the story of a breakup where the couple knows it needs to happen, but they don’t know how to tell others why. “Don’t Let Me Stop You” is a woman telling her guy that if he really doesn’t want to be around — don’t let her stop him from leaving.

Probably my favorite song on the album is “All I Ever Wanted”, which marches right along to a steady dance-worthy beat that leads into the chorus of “All I ever wanted / All I ever wanted / Was a simple way to get over you”. She’s tired of chasing him around and wants him to let her go.

“Already Gone” is the story of a relationship that’s already ended, although one person may not want it to. “I want you to know / it doesn’t matter where we take this road / Someone’s gotta go.” It’s a love story repeated far too many times.

In “If I Can’t Have You” we hear the danger of infatuation. If I can’t have you, then I don’t want anyone… but I really want you. It’s another song on the album with a heck of a dance beat. Hard to stop from at least tapping your toes.

In the category of the weirdest song name on the album, we have “Whyyawannabringmedown” which almost has a heavy rap beat to it. This is a fun rock anthem that may not have Clarkson’s signature soaring voice, but was probably a lot of fun for her to record and sing on tour.

“Long Shot” and “Impossible” then go back to the more traditional Clarkson sound – a mix of pop synth, guitars, and drum beats. “Long Shot” talks about things being a long shot, but sometimes you have to throw “caution to the wind.” “Impossible” continues the theme – being told something seems impossible and then proving them wrong. You have to take chances, stumble, and fall along the way – but you can’t stop at the first sign of resistance.

The album goes back to much of what made Clarkson’s Breakaway album work. The pop-ish arrangements of guitar, synthesizers, and drums simply enhance her pop-ready lyrics and style. With her last album, My December not garnering praise as a dark set of post-breakup songs and no clear popular single for airplay, I think she knew it was time to go back to what’s made her career soar.

All I Ever Wanted still has some of that inward-looking feel of My December while making it more what people want to hear. How much of that was her record label and producers and how much was her I wonder? But we can only hope she’s past her dark period and ready to sing for us again.

p.s. Pick up this and other Kelly Clarkson albums at Amazon: 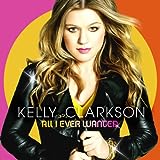 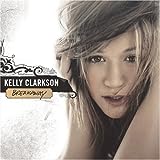 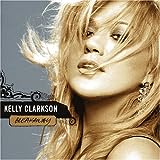 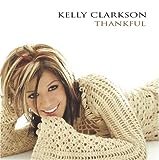 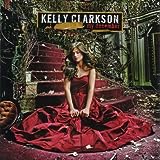