As a child of the 1970s, I listened to the folk music of my parents’ generation — The Kingston Trio, Peter, Paul & Mary, Simon & Garfunkle — and to this day, those influences have stayed with me. There’s just something about a simple story woven by a folk artist using acoustic guitar, piano, and other instruments to spin a tale. Alela Diane is one of many of this generation’s new folk musicians, telling the stories her way — with simple guitar melodies, haunting bluegrass fiddle, a simple drum set, and the occasional bass violin. This is the kind of music I’d expect to hear on a porch-hosted jam session.

Every song on To Be Still was written and performed by Alela with accompaniment. Created in 2007 & 2008, she began recording in Portland, OR, and finished her recording between tours and in her father’s home studio in Nevada City, CA. Diane said “It was challenging to delicately yet purposefully incorporate instrumentation into songs that I was so used to singing myself.” She wanted percussion, the “lonesome bow of the violin”, and the harmonies she heard in her head when she played the songs before.

I think she captured what she was after… her voice has a great range of expressiveness as she shares her songs with us, and the arrangements are haunting and beautiful at the same time. Layers that don’t detract from her voice or the words of her songs. It probably helped that she was recording the tracks with her musician father and their friends, including Michael Hurley, who provides some great harmony to back her voice on “Age Old Blue.”

Though I can’t say I’m much of of a fan of the “twang” of country music, I think it works for Diane through the course of this album. The title track “To Be Still” has a steel guitar woven through it that doesn’t detract or become annoying as I sometimes find that style of guitar to be.

“Age Old Blues” with its interwoven harmonies and “The Alder Trees” with its more upbeat and almost celtic feel are my two favorites on the album. But I have to admit that the texture of the tracks works, granting us some amazing, soaring vocals and stories amid the simple but powerful arrangements.

If you are a fan of more traditional folk tunes, I would heartily recommend that you check out To Be Still when it is released on February 17, 2009. It’s worth a few listens.

p.s. Pre-order it at Amazon here: 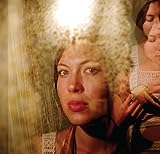 p.p.s. Pick up her previous album at Amazon too! 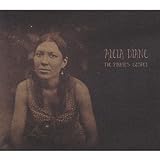 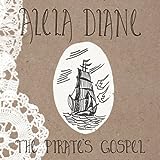