Erin McCarley has been a busy girl. Long before her album is actually available (will be released 12/30/08 exclusively on iTunes), we were hearing her music on television (Grey’s Anatomy and One Tree Hill), her music will be featured on the upcoming film He’s Just Not That Into You, and she’s already sold more than 15,000 copies of the first song on the album (“Pony (It’s OK)”. 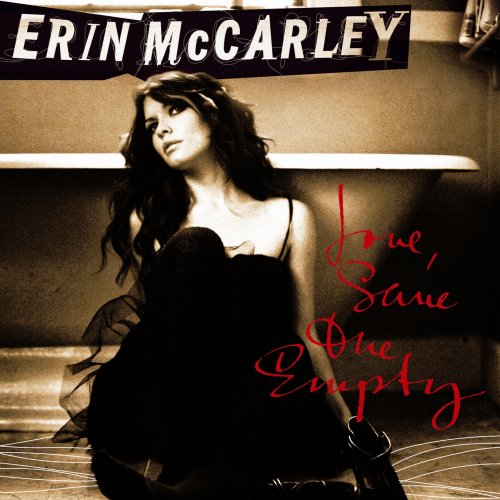 After listening to the rest of the album, I have to say we’ll probably be hearing a lot more of Erin’s music on the radio, television, and movie soundtracks!

Growing up in a suburb of Dallas, she had an ideal childhood filled by great parents, an older sister, and dance class and choir rehearsal. Somehow that gave her a bit of an unrealistic view of the rest of the world, inevitably leading her to some of the harsh realities of life and the inevitable heartache that goes along with that.

Love, Save the Empty is a collection of powerful honest songs of her experiences as she dealt with the emotional trials of growing up. Once she discovered songwriting, she was addicted. And when she met producer/writer/keyboardist Jamie Kenney, the two began polishing the songs that eventually turned out to be the album.

Style-wise, she hits me like Fiona Apple, with sort of a breathless chanteuse sound as she sings of love, loss, and life. For a young artist just entering the mainstream, the themes are familiar with layered messages and music to hold her own with some of the other hot acts of today. And you can hear the Fiona Apple, Patty Griffin, and Greg Laswell influences (she co-wrote “Bobble Head” with Laswell).

All tracks are extremely well engineered with a mix of electronics, strings, guitars, and drums. Honestly, I’d love to hear what she sounds like live outside the studio, but I’d probably stick out like a sore thumb among the youth in any audience she plays to!

“Pitter Pat” emerged as one of my favorites on the CD, with a story tucked amid the up and down soft guitar strings in the background. Everyone fights this feeling at some point in their lives, the pain of picking up the pieces after a relationship fades. But it’s Erin’s voice cresting the melodic lyrics that raise this one above traditional pop.

“Sleep Walking” was a bit of a surprise favorite to me. It starts with a Mission Impossible vibe but blends into what could easily be a James Bond-type theme song. Groovy drums mixed once again with a story about sleep walking through life and trying to get a friend to wake up.

“Bobble Head” again grooves along a jazz-ish beat while jiving to some great vocals. With almost a surf guitar sound, she once again surfs out of the city where the bobble head on her dash can do more than half a dance on the highway.

For me, the album really hits its stride about halfway through when she starts to leave the “pop” behind and explores more interesting musical landscapes, but the album’s youth and energy drive Love, Save the Empty along its tracks for a fun ride.

Check Love, Save the Empty out when it is released 12/30/08 on iTunes and on 1/6/09 on Amazon. In the meantime, check out her MySpace page and listen to some of the tracks!

p.s. Check out this CD at Amazon: 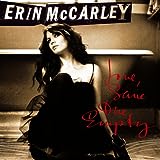