In 2003, the radio introduced me to Dido as her album Life for Rent hit the airwaves. “White Flag” became a favorite song for my then 2 year old daughter and we’d sing it together in the car nearly every day. Her particular variety of lightweight beats and folky songs appealed to us both.

As I heard more of Life for Rent, I came to appreciate more of the songs and listen to the lyrics behind them. It took a while to grow on me, but now it’s there permanently in the soundtrack of my mind.

With Safe Trip Home, Dido again hits the airwaves with “Don’t Believe in Love,” which has almost a rock/blues vibe but still stays in that safe zone with lightweight beats and folky, story-telling lyrics. But beyond the fact that she plays more instruments on this album than her previous two, I have to say that it just blends into the background for me.

Some of the tracks have more of an energetic beat, but all of them tend to blend into the background as if it was more of a way for work through her own sense of distance from the world after her whirlwind tours, the death of her father, lost loves, and so on. It feels to me too much like she’s singing away from me and not to me this time around.

Not that Life for Rent was much more positive, but at least there was a landscape to that album that kept me engaged. I dug through the beats and sultry soft voice to get at the meaning behind the songs. Safe Trip Home for me hasn’t drawn me in the way the last album did.

That said, it’s not a bad album at all. It shows Dido’s trademark gift for writing brooding, soft songs with a beat hasn’t wavered. And it does groove along well enough. Perhaps after a few more chances, it will grow on me.

Dido’s tour for Life for Rent took her around the world for two years. She said “I’d had an amzing time, but I guess I needed to take a step back…” And she spent her time learning how to play different instruments, including guitar, piano, bells, drums, and even a recorder.

Safe Trip Home was recorded in LA with help from producer Jon Brion (Fiona Apple, Kanye West, Rufus Wainwright, Eels). One song was even recorded in Brion’s broom cupboard! And while she recorded, she was constantly learning more about the recording process. Brion said “… it’s more than a little bit admirable that she is so inquisitive about everything. She learned a ton about engineering, about arranging, about mastering, about the construction of music. She even went and took some music courses at UCLA.”

Among my favorites from the album are “Don’t Believe in Love,” “Northern Skies,” “Burnin Love” (with Citizen Cope) and “Us 2 Little Gods” with its cool guitar beat. “The Day Before the Day” also has an almost haunting quality to it.

The album itself has an insert with several pictures of Dido herself, plus lyrics and song credits. Having only seen one or two pictures of Dido in the past, it’s nice to see more current pics of her in various settings.

You can listen to some of the tracks from Safe Trip Home at Dido’s MySpace page and be sure to check out her website at didomusic.com.

Pick up Dido’s Safe Trip Home online or at your favorite music store. 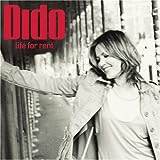 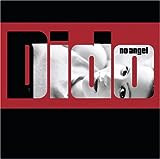