Lately there seems to be a resurgence of myths in media… Movies such as Percy Jackson & The Olympians: The Lightning Thief and the remake of Clash of the Titans (and the rumored sequels to both) made a combined $230+ million at the box office – so obviously there’s a market there. For me it’s been far too long since we saw myths on the big screen, so hopefully this won’t be the end of classic myths and monsters find their way back into popular culture. Big screen or small, it’s great to see them back and bigger than ever.

That said, the History Channel has once again presented an impressive series about Greek and Norse gods and heroes as well as the heroic journey of a certain group of Hobbits. Clash of the Gods: The Complete Season One has been split into 10 episodes with great content and solid production value. Using the myths and stories as a starting point, the series explores them through a combination of history, traditional storytelling, CGI, make-up, costumes, and sets. It’s a far cry from the filmstrips and dry texts I remember from my school days.

Starting with the father figure of Greek myth, the first episode centers on Zeus and how he fought his father, the Titan Cronos, to free his brothers and sisters trapped within the tyrant’s belly. You see, Cronos feared that one of his children would rise up and overthrow him. So as his wife Rhea gave birth to a child, Cronos would snatch it and swallow it whole. When Zeus was about to be born, Rhea decided his fate would be different. When Cronos came to swallow Zeus, Rhea gave him a rock to swallow instead and he never knew the difference. Zeus was then raised in secret and hatched his plan to free his siblings and take his rightful place as a god. And that was just the beginning of Zeus’ rise to power.

Once Zeus and his siblings were in power, the series could explore other aspects of Greek mythology and other stories. Later episodes dealt with Hercules and his many labors and hardships, the god and realm of Hades and his shared time with his consort Persephone, the tale of the Minotaur of Crete and the Labyrinth built by Daedalus and his son Icarus, and so on. The first seven episodes deal exclusively with Greek gods, demigods, heroes, and monsters.

In the last three episodes, we are entertained by tales beyond the Aegean Sea. We learn of Beowulf, the great Scandanavian hero who defeated Grendel in the classic poem. We discover the Christian, German, and Scandanavian roots of the world of J.R.R. Tolkien‘s Hobbit and Lord of the Rings series. And finally we explore the different realms of Yggdrasil, the World Tree – Asgard, home to the gods; Midgard, world of humankind; and Hel, the netherworld. Thor, the warrior of Norse myth, is locked in a battle to the end of days – Ragnarok – with Nidhogg, a serpent big enough to wrap all the way around the World Tree.

Beyond simply walking us through these various tales, we learn of the archaeological evidence found to support them. For example, we see some of the caves that the Greeks thought were entrances to Hades, Greek realm of the dead. And we see the walls of what may have been the legendary city of Troy from Homer’s stories of the Trojan War and the aftermath. It was amazing to consider that these myths were most likely based on real world places, people, and events.

If you’re looking for a way to learn more about Greek mythology or merely want to see a well-written and produced series about heroes and gods, Clash of the Gods: The Complete Season One is a fun way to reconnect with classic myths and legends. I hope to see Clash of the Gods continue with tales from other areas of the world such as Egypt, India, or perhaps ancient Babylon. There are many more gods, goddesses, and heroes to explore!

p.s. Check out this series on DVD from Barnes & Noble below! 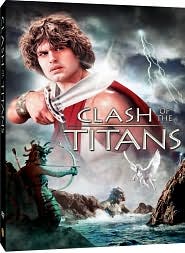 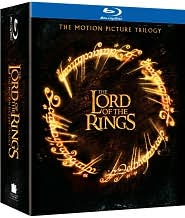