I’m a little late to the party, but I thought I’d pass along news that Death Race 2 started filming in South America in February and March 2010. Evidently this film will be a prequel to explain the rise of insane driver Frankenstein on the Death Race circuit. 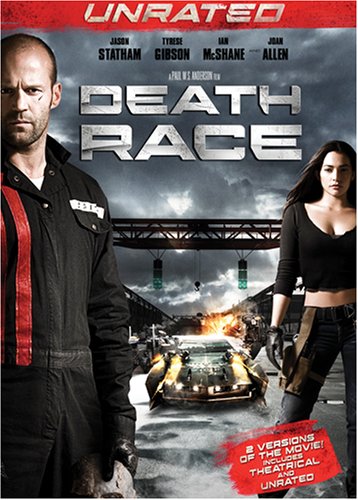 I enjoyed the remake of Death Race back in 2008 starring Jason Statham. So we’ll see if the prequel can hold up. 🙂

Death Race 2 takes place in the very near future, as the United States economy begins to decline and violent crime starts to spiral out of control. To contain the growing criminal population, a vast network of for-profit, private prisons springs up, creating a lawless subculture ruled by gangs, cold-blooded killers and sociopaths. The worst of these prisons is Terminal Island. Convicted cop-killer Carl Lucas arrives on the Island to serve his life sentence just as ruthlessly ambitious television personality September Jones launches the ultimate reality show, Death Race. A brutal prison yard demolition derby that pits prisoners against each other in steel reinforced, heavily armed vehicles, Death Race offers the winner the ultimate prize: freedom — if he can survive to enjoy it. When Lucas signs up to be a driver, the stage is set for the birth of a legendary racer.

Let’s see what happens with this one – might even be a direct to DVD release. No release date yet, but due out sometime in 2011.