Sometimes I get the opportunity to review games slightly before they are released. Not often, but I’m very happy when it happens. The Princess Bride Game is based, of course, on the classic book and movie The Princess Bride. The book was written by William Goldman in 1973 and Rob Reiner turned it into a classic film in 1986, starring All your favorite characters are included – Wesley, Buttercup, Inigo, Vizzini, Fezzik, The Grandfather, Miracle Max, and all the rest…

Worldwide Biggies has made The Princess Bride Game available for download at their official site: http://www.princessbridegame.com.

The game combines simple but classic animation with a number of puzzle, arcade, and logic games featuring your favorite Princess Bride characters. Help Wesley and Buttercup around the farm, outwit Vizzini (he’s a Sicilian you know) in a Battle of Wits, and use Wesley & Buttercup together to escape the fire swamp, among others.

It has five different stages, each with its own interface and feel, including As You Wish, Battle Of The Wits, The Fire Swamp, Miracle Max and Storming The Castle.

The game is among the first to be designed by women for women, but I got a kick out of it too. It didn’t take me long to play through it, but I can see that it has a lot of replay potential. I expect my eldest daughter will love it!

Now… I have to say that I did run into some issues with the game early on. I ran out of time with the demo copy I was given and was unable to uninstall it. I enjoyed the little bit I did play, so I decided I’d go ahead and pick it up (it’s only $19.99 to download, so it’s not a big investment). But even after I bought the game, I had a ton of issues getting it registered.

That said, the nice folks at tech support for Worldwide Biggies were great. We must have exchanged about 50 e-mails before we finally got it working, but we were successful eventually. To this day I’m still not sure if it was Microsoft Vista‘s fault, but I still have two copies showing up on my system… Oh well.

But even with that, I have to say that the game is a lot of fun. I especially enjoyed working with Miracle Max and the Battle of Wits!

If you have young children and you want them to engage their brains on the computer, be sure to check this out. As they say, I think it’s geared for girls to get them more involved in playing computer games.

I give this a solid 3/4 and vote it a great game for pre-teens and young teenagers.

(Plus, any time I get a chance to show my daughters classic 80s movies like The Princess Bride, I have to jump at the opportunity!)

So check out the game. Again, Worldwide Biggies has made The Princess Bride Game available for download at their official site: http://www.princessbridegame.com.

Until next time… Play a game! 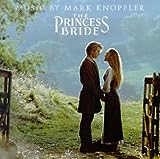