The Coen Brothers are hit and miss for me. I enjoyed the quirkiness of Fargo and O Brother, Where Art Thou… But never found my way to The Big Lebowski. Honestly, No Country for Old Men is not a script I would have ever associated with the Coens. And yet, there they are.

This movie is about a man (played by Josh Brolin) stumbling across a drug deal gone wrong and making a poor decision. That decision haunts him and hunts him in the form of Javier Bardem, who plays a psychopath killer for hire — sort of the clean up crew for the broker of the bad drug deal. And following just a bit behind these two is Tommy Lee Jones playing a small town sheriff nearing the end of his career.

What I loved about this movie was the characters. The entire story is a what if. What if a man stumbles across a large sum of money in the middle of nowhere. Let’s take the man who finds the money, throw in a psycho, and then toss in a well-meaning Texas sheriff for good measure. Along the way we’ll encounter all of these other oddball people and see what they can add to this simmering plot.

That’s what the Coen Brothers do for scripts and movies. They create memorable characters. And you want to know what happens to these characters — even the psycho.

The cast is an amazing array of character actors:

The only bad thing I have to say about the movie is that the ending is weird. Not bad really, just weird.

We really liked this movie. Give it a sold 3/4. 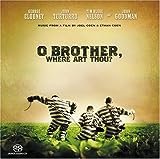