James Newton Howard has always been a bit of a mixed bag for me as far as soundtracks go. There are always some amazing pieces within the whole of one of his movie scores, but I think his soundtrack to The Last Airbender may be my favorite of his so far.

It is also the job of any good movie soundtrack to not only enhance the action on screen, but also provide auditory clues to the audience. For example, each time you hear “The Imperial March” in a Star Wars soundtrack from John Williams, you know that Darth Vader is near. But more than that, the music should evoke an emotional response from the audience.

Within the soundtrack to The Last Airbender, I hear bits that make me think of Williams’ work, Basil Poledouris’ work on the Conan movie soundtracks, as well as classical influences from the East and a bit of a Russian feel. The composition as a whole provides many layers that evokes in me a lot of hope for this movie.

The industrial power of the Fire Nation seeks to convince the rest of the world that their way is best and the old ways must give way to the new. The other nations have their own ideas however. The peaceful Air Nation has been destroyed, the Earth Nation has become isolationist, and the Northern and Southern Water Nation tribes are isolated by virtue of location. Where they all once worked together, now the world is full of distrust and a version of the “Might is Right” line of thinking.

The opening “Airbender Suite” provides a taste of the musical themes that persist throughout the soundtrack. The breathy flute gives way to the cresting waves of strings and horns as we prepare to see the story of a world in the midst of a clash of philosophies. All twelve tracks of the soundtrack utilize the full extent of the highs and lows of an amazing orchestra.

Newton has given each tribe a different feel – from the powerful militant drums of the Fire Nation to the light and airy Air Nation flutes. Each tries to capture one of the four elements of Air, Earth, Fire, or Water in terms of a group of instruments, chords, or melody. Immediately I was caught up in the ebb and flow of these inspired orchestrations.

Of the soundtracks I’ve heard so far this summer, The Last Airbender by Howard has to be my favorite. The mix of instruments and styles from around the globe lends itself to some very unique compositions such as “The Four Elements Test,” which takes distinctly Eastern flutes and bells and combines them with the drums, horns, and strings of more Western traditions. Out of the 12 tracks on the soundtrack, this one is my favorite as it builds and builds to its conclusion.

“The Blue Spirit” is my other favorite, as it managed to surprise me with its use of silence to punctuate eerie crescendos and crashing waves of strings and drums. It reminded me of some of my other favorite soundtracks such as Raiders of the Lost Ark by Williams and Gladiator by Hans Zimmer as it progressed from light and soft to a powerful mix of horns and strings worthy of a great climax in the film.

Howard has received eight Oscar nominations so far in his career, including six Best Original Score nods for Defiance, Michael Clayton, The Village, The Prince of Tides, and My Best Friend’s Wedding. Personally I think that The Last Airbender is the best work to date I’ve heard from him and would expect this score to also receive award nominations.

As a fan of Avatar: The Last Airbender, the animated series on Nicktoons that M. Night Shyamalan‘s movie is based on, I have to admit some worry about how it would translate to the screen. If Howard’s film score is any indication of the movie quality, I have gained some newfound hope for the entire experience. We’ll see if the film lives up to the promise of the soundtrack on July 2, 2010! Check out The Last Airbender soundtrack when it’s released on June 29, 2010.

p.s. Pick up this and other great soundtracks below! 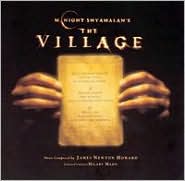 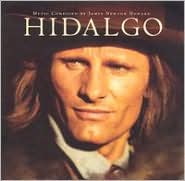 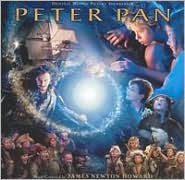 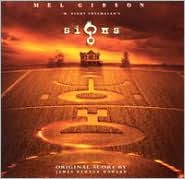 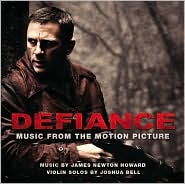