David St. Hubbins, Nigel Tufnel, and Derek Smalls. Living legends of rock & roll. Members of Spinal Tap. Creators of such classic rock hits as “Hell Hole,” “Stonehenge,” and “Big Bottom.” And now, 35 years after St. Hubbins and Tufnel first started playing together, Spinal Tap is releasing their third album – Back from the Dead – to follow up Smell the Glove and Break Like the Wind. 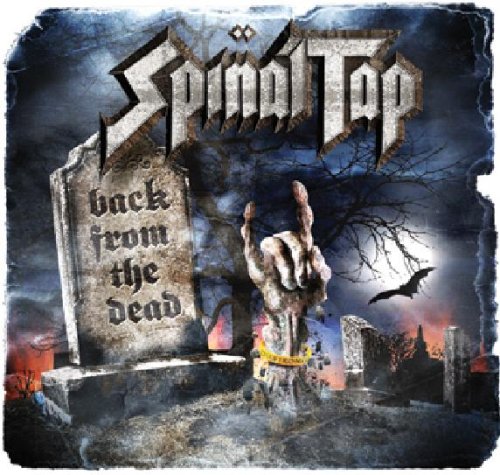 For those of you not up on your Spinal Tap history, here’s a quick summary. In 1984, Rob Reiner directed a mock documentary film of Spinal Tap called This is Spinal Tap. The members included David St. Hubbins (Michael McKean), Nigel Tuffnel (Christopher Guest), and Derek Smalls (Harry Shearer). I was introduced to Spinal Tap through the This is Spinal Tap movie in the late 1980s and have been holding a torch for the group ever since.

Spinal Tap music focuses on all the cliches of rock music. Creative yet stereotypical lyrics often about mystical, demonic, or sexual topics sung with the backing of a screeching/yelling lead singer, a tempermental lead guitarist, and a silent, almost Zen bass player. I’d mention the drummer, but Spinal Tap has always had an issue with keeping drummers alive and with the band. One died in a bizarre gardening accident, another choked on someone else’s vomit, and two died of apparent spontaneous human combustion while onstage.

With their latest release of Back from the Dead, I think they’ve outdone themselves. The CD includes 19 tracks, including a few jazz interludes, classic tracks such as “Sex Farm” and “Big Bottom”, and some newer tracks I hadn’t heard before such as “Celtic Blues,” “Back from the Dead”, and “Warmer Than Hell.”

What continues to amaze me about the band is that they’re actually quite good musicians and have a gift for writing comedic lyrics. McKean, Guest, and Shearer also portrayed the fictional band The Folksmen in the 2003 movie A Mighty Wind. They’re all accomplished actors, comedians, and to be able to play as they do is incredible.

Guest recently (January 2009) had a new music effort released – the Beyman Bros’ Memories of Summer as a Child. A combination of jazz, folk, and celtic influences that worked together to create a meditative journey from the beginning of the album to the end. Guest played a variety of instruments (mandolin, mandocello, clarinet, and occasional guitar) and it blew me away.

So the trio doesn’t lack for talent by any stretch of the imagination. The three tracks on Back from the Dead that were titled “Jazz Oddyssey” I, II, and III were each unique and showcased the raw talent aside from their comedic journey as a band. The same holds true for “Celtic Blues”, though it has a comedy bent to it as well. A capella music requires skill, talent, and trust – and they make it work beautifully.

And then there are the traditional tracks. “Big Bottom” speaks of love for big, beautiful women (I’m paraphrasing here). “Hell Hole” shows the journey from nobodies to the top of their game and realizing it’s not all it’s cracked up to be. It’s a quote that stayed with me since This is Spinal Tap – “You know where you stand in a hell hole / folks lend a hand in a hell hole…” Ah, the rock and roll lifestyle.

If you’re a fan of Spinal Tap, or just like mock rock, the music alone would probably be enough to get you to listen and possibly buy it. But they sweetened the deal. There’s also a DVD included in the new release. It’s a series of video segments of the band talking about the various tracks on the album. And it for me sealed the deal.

The original movie worked because it was a combination of music and mockumentary. This CD/DVD release has the same appeal. The video below gives a taste of it.

Spinal Tap On: Back From The Dead pt 1
by SpinalTap_BackFromTheDead

I can say without a doubt the Back from the Dead “goes to 11” as Spinal Tap would say. It’s great to see the guys back again. They haven’t lost a step. Visit their website SpinalTap.com and be sure to support their resurrection and pick up the album at your favorite retailer!

p.s. Pick up your Spinal Tap movies and music at Amazon! 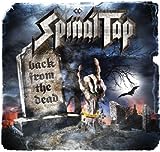 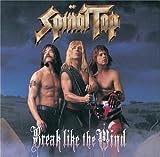 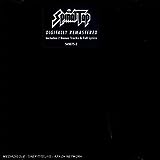